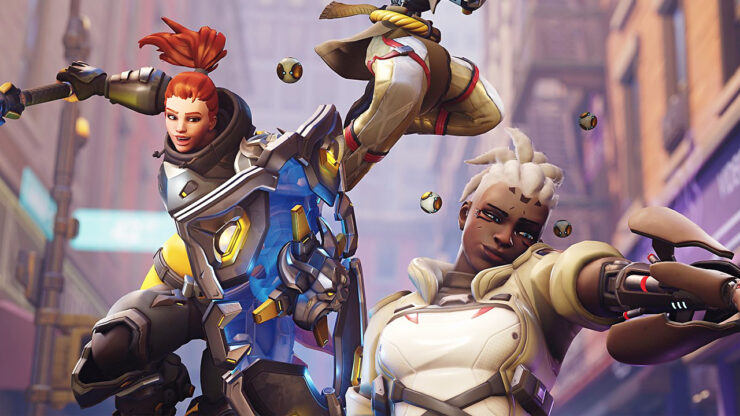 Overwatch 2 will be going free-to-play when it launches in October, and some fans are understandably concerned. Blizzard hasn’t wowed people with an aggressive Diablo Immortal monetization scheme that could see players spend hundreds of thousands of dollars to max out characters. So, understandably, fans are bracing for the worst with Overwatch 2, and a recent poll gave them plenty of reason to worry.

The poll sent out to random Overwatch players asked how much they’d be willing to pay for various cosmetics, including $45 dollars for a Mythic skin.

Oof, friend of mine got an Overwatch survey for his account, some of these prices they’re gauging for OW2 are really expensive.

I hope this is just him getting one of the higher price surveys and not an indication that they’re leaning towards this much monetization. pic.twitter.com/RWr7LbwkLB

Yikes! Ah, but don’t get too worried just yet. Blizzard provided a statement to GamesRadar saying the figures in the poll were randomized and don’t necessarily reflect anything in the plans.

“This survey is entirely intended to better understand player preferences for different types of Overwatch 2 cosmetics. Prices displayed in the survey were randomized per user and are not indicative of final pricing. We plan to share details on our Shop and Battle Pass system closer to our launch.”

Various fans have indicated they did indeed see different prices in their polls, confirming they were randomized. That said, Blizzard had to have set a certain price range for the questions – they can’t have been truly random. So no, we probably won’t see $45 skins, but it was something Blizzard thought was worth asking.

The multiplayer component of Overwatch 2 is currently in beta. The full F2P game launches on PC, Xbox One, Xbox Series X/S, PS4, PS5, and Switch on October 4.

The post Overwatch 2 Probably Won’t Have $45 Skins Assures Blizzard, Despite a Worrying Poll by Nathan Birch appeared first on Wccftech.