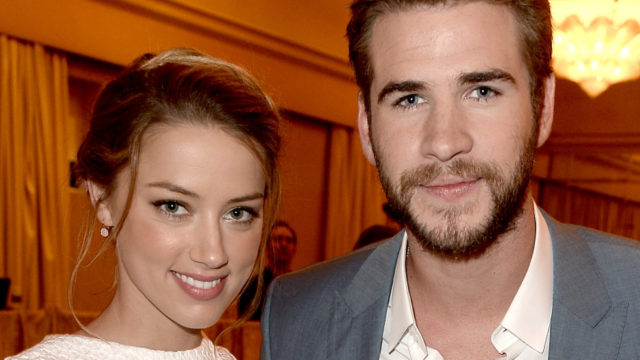 Amber Heard claims her ex Johnny Depp would become violent and jealously accuse her of having affairs with Hollywood co-stars whom he would label nasty nicknames.

The US actress has told London’s High Court her ex-husband had threatened to kill her “many times” and that she had thrown objects at the Hollywood star only to escape his violent attacks.

Heard, 34, claimed Depp, 57, had labelled her a “slut” during their marriage and would demand to know details of who she had been out with and who she would be working with on movie sets.

“He would insist every male actor was trying to sleep with me and/or that I had had an affair with them, that he’d spoken to people and knew all about it,” she said.

“He accused me of having affairs with each of my co-stars, movie after movie: Eddie Redmayne, James Franco, Jim Sturgess, Kevin Costner, Liam Hemsworth, Billy Bob Thornton, Channing Tatum; even women co-stars like Kelly Garner.

“He also accused me of having affairs with stars I auditioned with, like Leonardo DiCaprio. He would taunt me about it – especially when he was drunk or high.”

Heard claimed Depp “had derogatory nicknames” for actors he considered “a sexual threat”.

“For example, Leonardo DiCaprio was ‘pumpkin-head’, Channing Tatum was ‘potato-head’ and ‘Jim Turd Sturgess’,” she said.

The allegations were made on day one of Heard’s evidence in a case Depp has brought against News Group Newspapers, publishers of Britain’s Sun newspaper.

He is suing the media company over a 2018 article that labelled him a “wife beater” and questioned his casting in the Fantastic Beasts and Where To Find Them franchise.

The 57-year-old actor told the court last week that all of Heard’s 14 allegations of physical and verbal abuse were untrue.

He accuses her of domestic violence against him.

In a sworn written statement to the court, released as Heard began giving evidence in the witness box, the actress said she feared for her life while with Depp.

“Some incidents were so severe that I was afraid he was going to kill me, either intentionally or just by losing control and going too far,” Heard said in the statement.

“He explicitly threatened to kill me many times, especially later in our relationship.”

Heard, 34, said the actor would obsess about her appearance and would call her “a slut”, “fame-hungry” and “an attention whore” if she wore certain outfits.

After his rages had abated, Depp would blame his actions on an alter ego he would call “the monster”.

Heard was asked by Eleanor Laws, a lawyer for Depp, about an argument that Ms Laws suggested had been caused by a clash over whether Heard would sign a pre-nuptial agreement.

The actress said she was “not interested in Johnny’s money, never have been”.

She said Depp had told her he would rip up any pre-nuptial agreement – none was ever signed – and told her “the only way out is death”.

Heard, who began dating Depp in 2011 and married him four years later, denied she had anger issues.

She has rejected accusations from the actor’s staff who have told the court that she had started their fights.

The court was played an audio recording in which she was heard saying to Depp: “I did not punch you … I was hitting you”.

She said that confrontation had occurred at a time when Depp “vomited nightly” because of his drug binges and she was concerned he would choke to death in his sleep.

Asked why she had not simply said in the recording that she was defending herself, she replied: “I would have got another black eye”.

She said she would only have thrown things in her ex-husband’s direction towards the end of their relationship when she needed to escape from him.

“When I felt my life was threatened … I tried to defend myself,” she said, saying it only happened years into the violence.

Depp says the accusations are a hoax.

Witnesses called by his legal team have concurred with his version of events.

Ms Laws said Heard’s own account of taking drugs only a handful of times did not tally with her medical notes.

Ms Laws asked why, if drug-taking was a rare event for Heard, she had told the nurse about taking MDMA and magic mushrooms with “a high-profile male visitor” in May 2016 but now told the court she could not remember who this person was.

“You are just lying as you go along, aren’t you?” Ms Laws said.