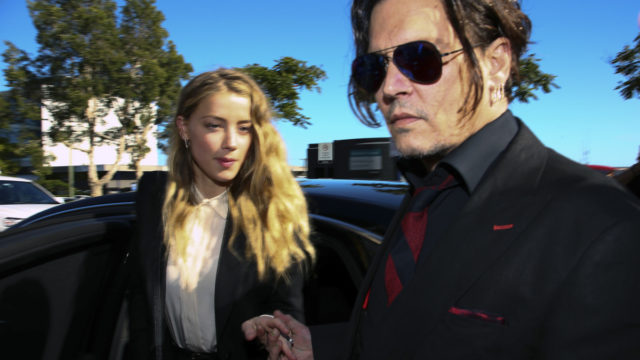 The lawyer of a British tabloid newspaper being sued for labelling Johnny Depp a ‘wife beater’ has unearthed a seven-year-old email in which his ex-wife claimed he was a drug addict prone to violent rages.

The email, allegedly written by Amber Heard and intended for Depp, said the actor’s excessive drug-taking led him to have outbursts.

Heard drafted up the email in 2013 before the couple married, writing that Depp would transform into his violent alter ego “The Monster”.

“You have hit me repeated. something you should Never have done … And None of this would be possible without the booze and drugs. NONE,” Heard wrote.

Read out by lawyer Sasha Wass, the email suggested he was a misogynist who assaulted his wife and used abusive language about women. It was never actually sent to Depp, just kept in drafts.

Summarising the defence case – that the allegation of wife beating was true and therefore not defamation – Ms Wass portrayed the actor as “a hopeless addict”.

She accused Depp of “deep misogyny”, citing texts and emails in which he used words like “whore”, “slut” or “worthless hooker” about Heard and other women.

The Pirates of the Caribbean star has strongly denied the allegations and has said he was never violent towards Heard or any other woman.

Depp has argued that it was he who was the victim, claiming Heard was one who attacked him.

He is suing News Group Newspapers, publishers of The Sun, and one of its journalists, Dan Wootton, over a 2018 article that called him a “wife beater”.

“Mr Depp has sought to deploy the more old-fashioned methods used to discredit women. She is a gold-digger, a shrew and an adulterer,” the lawyer said, adding jealousy was the catalyst for many violent episodes.

She said Heard denied cheating on Depp, and it was irrelevant, and that as a successful actress Heard was financially independent.

“Underlying the relationship was a clash of cultures and generations,” Wass said, describing Heard as a young, ambitious actress.

The lawyer said Depp did not want his partner to keep appearing in films with young, attractive actors and it made him angry that he could not control her.

By accusing Heard of physically assaulting him, Depp was seeking to reverse the roles of offender and victim, Ms Wass said.

Addressing one of the arguments made by Depp’s legal team – that no witness apart from Heard or her sister said they had seen Depp hit Heard – Ms Wass said domestic violence took place behind closed doors.

She also rejected the Depp team’s accusation that Heard had made up her allegations as part of a hoax, saying it was “risible” to suggest that Heard would have accumulated a dossier of false information over the entire course of the relationship.

After the couple split up, Wass said, Depp set out to destroy Heard.

“She’s begging for total global humiliation… She’s gonna get it,” he said in a text to a friend in 2016.

“I have no mercy, no fear and not an ounce of emotion, or what I once thought was love, for this gold digging, low level, dime a dozen, mushy pointless dangling overused flappy fish market.”

Depp’s lawyer, David Sherborne, is due to make his closing arguments on Tuesday.