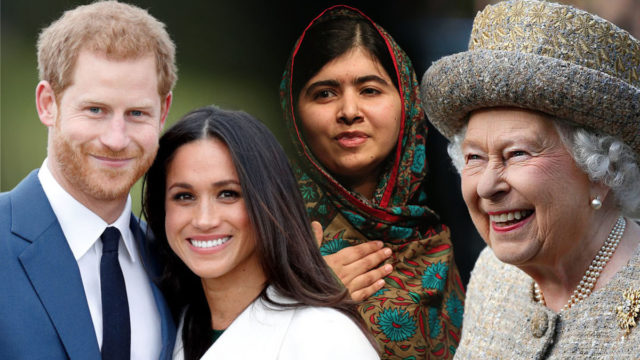 Prince Harry and Meghan Markle shared a compelling discussion with activist Malala Yousafzai in celebration of International Day of the Girl.

Yousafzai became a vocal advocate for equality and education for girls, after surviving an attack by a Taliban fanatic who shot her in the head.

Speaking via video chat from their Santa Barbara home, the Duke and Duchess of Sussex said they were concerned about barriers to education that millions of girls were currently facing.

“To know that there’s over 130 million girls out of an education right now, before the pandemic, and during as well – that number is only going to go up,” Prince Harry said.

“It worries me and it probably worries all of us, the effect that that is going to have, not just on the individual, but on the family, on the community, on the country and on the world at large.”

International Day of the Girl, held on October 11, highlights gender inequalities between girls and boys and tackles discrimination and abuse suffered by girls worldwide.

Yousafzai was targeted by extremist forces in 2012 after speaking out about the injustices and she faced to get an education, which was banned at the time.

Now, she runs the Malala Fund, a organisation that aims to end gender-based blocks to education by investing in activists.

Markle said she was grateful her son would be raised in an environment where he had access to eductaion.

“To be able to raise our son in a way where everything about his nourishment is in terms of educational substance, and how you can learn and how you can grow,” Markle said.

“You know, having the privilege of being able to go to school is something that, I think, oftentimes is taken for granted.”

Prince Harry also touched on how the royals have been keeping busy during the pandemic, and how it has allowed them to spend more time at home and witness Archie’s milestones.

“We’ve been working really really hard and completely understand and get how challenging this is for absolutely everyone,” Prince Harry said..

“The longer it goes on, the more it’s going to be felt – especially from a mental health aspect,”

“This is a really unifying moment to bring everyone together and acknowledge what everyone has been through, this traumatic experience, wherever you are in the world.”

“We were both there for Archie’s first steps, his first run, his first fall – everything,” Markle added.

“In so many ways we are fortunate to be able to have this time to watch him grow, and in the absence of COVID, we would be traveling and working more.

“We’d miss a lot of those moments.”

The Queen’s first public outing since the coronavirus has left many questioning her safety after she was pictured without a mask.

Joined by the also-maskless Prince William, the 94-year-old and her grandson visited a top-level lab in Salisbury.

The visit, originally due to take place in back in April, was to show for support for the staff who saved the lives of a former spy and his daughter poisoned by Russian spies using a nerve agent called Novichok in 2018.

Employees from the Defence Science and Technology Laboratory all reportedly tested negative for the coronavirus prior to meeting the royals.

The Queen, a future King and a policeman – but no mask 😷 in sight…

Should they be setting an example and wearing one? pic.twitter.com/uSCsT9dB05

When asked about the current coronavirus situation in the UK, the Queen said it was  “doubling itself again”.

It was unclear whether she was aware of the benefits of wearing a mask to stop the “doubling” of the virus.

A spokesperson for Buckingham Palace said relevant medical advice had been followed for the trip.

“Specific advice has been sought from the medical household and relevant parties, and all necessary precautions taken, working closely with DSTL,” the spokesperson said.