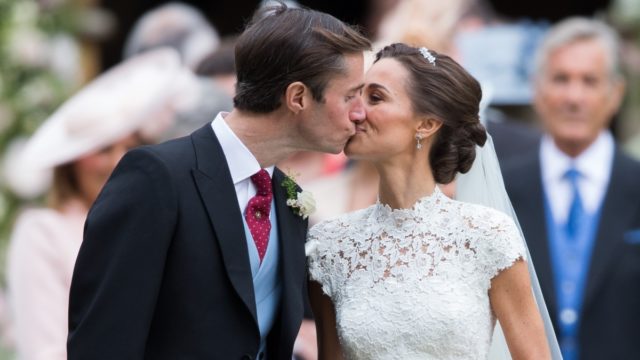 The Duchess of Cambridge is an aunt again, with the arrival of her sister’s second child.

The baby girl is a sister for two-year-old Arthur. She has been given a regal sounding name – Grace Elizabeth Jane.

“She’s perfect, everyone is overjoyed at such a happy arrival,” a source told People magazine.

The new arrival’s middle names are reportedly a nod to her grandmothers, Carole Elizabeth Middleton and Jane Matthews. Kate’s middle name is also Elizabeth – while the Queen is perhaps the most famous Elizabeth of them all.

Mrs Middleton confirmed her younger daughter’s pregnancy just a fortnight ago, in an interview with Good Housekeeping magazine.

“I hope to see more of my family than I could last year, including, of course, my new grandchild,” she said.

The Duke and Duchess of Cambridge are said to be “overjoyed” at the news of the new arrival, who is also a cousin for their children, Princes George and Louis and Princess Charlotte.

Baby Grace is also the fifth grandchild for Mrs Middleton and husband Michael.

The baby was born in the plush Lindo Wing of St Mary’s Hospital in London, where the three Cambridge children were also born.