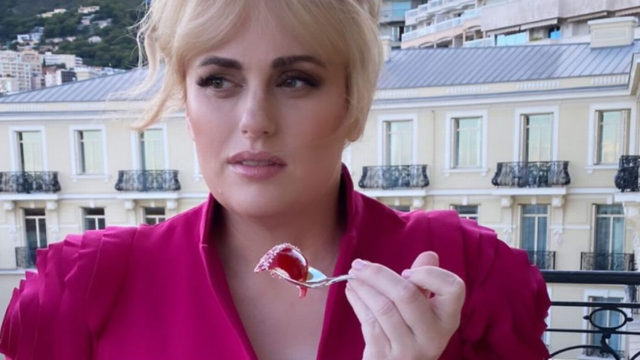 Rebel Wilson has shed more than 30 kilograms since 2020, and while her ‘year of health’ might be over, she’s still sticking to the bizarre eating plan – the mayr diet – that got her there.

The 41-year-old has been busy broadcasting her weight-loss and wellness journey to fans on social media.

She recently shared a snap on Instagram posing on the sand at Palm Beach, Florida, where she presented the trophy for the inaugural World Polo Pride event.

The Pitch Perfect star’s toned figure that she has been showing off “on Instagram shamelessly” is thanks to the century-old diet she has been following.

One expert has helped The New Daily pull out the facts from the fads to determine exactly how efficient the diet is.

Associate Professor Simone Gibson, from the department of nutrition, dietetics and food at Monash University, said some of the odd practices are actually useful weight-loss strategies – but others were best left alone.

The backbone of Wilson’s diet aims to promote mindfulness around meal times to avoid overeating.

Therefore, one of the main techniques involved in the Mayr method is to shut off all distractions – including phones, TV and talking to others.

Food must be eaten at the table, and your focus should be on chewing food 30 times per mouthful to “increase nutrient intake”.

Dr Gibson said these guidelines contain some truth, but not for the reasons you think.

“When you don’t think about what you’re eating, it’s easier to overeat – focusing on eating could help with feelings of satiety,” she said.

Looking and smelling food could activate your olfactory senses (but won’t activate any digestion), and chewing it won’t necessarily help you get more nutrients out of your food.

It will, however, help you slow down and stay mindful during your meal.

“Masticating or chewing does break down food to a certain degree, but your stomach is really the mixer and there are acids and enzymes in the stomach so you don’t solely rely on your mouth to break things down,” Dr Gibson said.

“It won’t make a massive difference to the nutrition, but it would help that same kind of conscious eating and knowing that you’re eating.”

Another guideline in the diet recommends larger breakfasts in the mornings, medium meals in the afternoon and smaller, lighter dinners.

Dr Gibson said that while the time of your meals won’t ultimately make much difference (unless, of course, you’re eating well into the evening, which is discouraged by dietitians), this suggestion could help you eat less and healthier during the day.

“When we binge-eat or start choosing foods that are high in sugar, salt and fat, it’s often because we are over-hungry – if you let yourself get too hungry your brain won’t make sensible decisions about food,” she said.

“When allowing ourselves to get too hungry, that survival mechanism goes, ‘I need as many calories as quickly as possible’, and it’s so much harder to be disciplined about what we eat.”

While some of the practices promoted by the Mayr method can be proved in their efficiency, others lack evidentiary support.

One such claim is the ‘nothing raw after 4pm’ guideline, where participants must limit their intake of raw foods to the morning and early afternoon.

There is little to no scientific evidence to indicate that raw foods are digested better at certain times of the day (provided they aren’t eaten late in the evening or before bed).

Avoiding water or cold drinks at meal times that might “dilute the digestive juices” is another false claim.

Instead, water at meal times can actually assist mindfulness and help you feel fuller quicker.

Another unfounded claim in the program is the promotion of alkaline food.

“The concept of alkaline foods is not supported by evidence to have any benefit,” Dr Gibson said.

Wilson has clarified that her weight-loss journey wasn’t ruled by numbers, and that while she still follows the diet, she makes allowances to keep herself on track.

“My goal was never to be skinny,” Wilson said.

“I don’t focus too much on the numbers. I still look like me. I love being curvy and I’m still super curvy but just a healthier version. That was my goal.

“I have this state of being, which is not my quote, but I go, ‘Nothing is forbidden’,” she said.

“I can go there. I just might eat half of what I used to eat before. You know? And I’ll have a burger, and a few fries, and then you feel fine.”

The post The good, the bad and the unfounded: Key tips from Rebel Wilson’s diet appeared first on The New Daily.