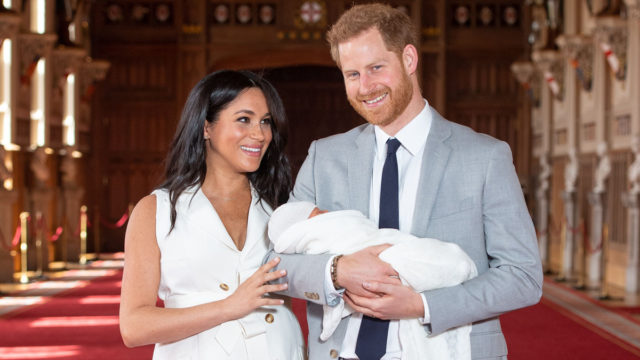 The Duke and Duchess of Sussex have clashed with the BBC over the version of events that led to the naming of their daughter.

Prince Harry and Meghan Markle’s lawyers have written to the corporation after a BBC story claimed the Queen had not been asked about naming their baby Lilibet, which was the monarch’s childhood family nickname.

It has been widely reported that Harry and Meghan did consult with the Queen before the name of their baby, who was born in California last Friday, was announced.

But an article on the BBC’s website claimed palace sources had said the Queen was not asked by the duke and duchess about naming their daughter Lilibet.

A spokeswoman for the couple said their daughter’s name was mentioned in a conversation with the Queen.

“The duke spoke with his family in advance of the announcement, in fact his grandmother was the first family member he called,” she said.

“During that conversation, he shared their hope of naming their daughter Lilibet in her honour. Had she not been supportive, they would not have used the name.”

The Times newspaper reported the couple’s lawyers Schillings have sent a letter to the BBC warning the story is “false and defamatory”.

The story by one of the BBC’s royal correspondents remains on the corporation’s website.

The row comes just a few weeks after Lord Dyson’s report into the 1995 Panorama interview with Harry’s mother Diana, Princess of Wales.

It concluded that journalist Martin Bashir used “deceitful behaviour” to land the world exclusive and an internal BBC investigation a year later had covered it up.

The Sussexes have faced heartbreak and division after they quit as senior working royals in 2020 and plunged the monarchy into crisis with their bombshell Oprah Winfrey interview in March.

Harry made further controversial comments about his family in the following weeks, and has also experienced a long-running rift with his brother Prince William.

But he has always spoken warmly about his grandmother and late grandfather, and the Queen has referred to her grandson and his family in sympathetic terms.

Lilibet is the Queen’s family nickname and the choice pays tribute to the monarch at a challenging time for the Windsors, who are mourning the loss of the Duke of Edinburgh.

The new baby is the Queen’s 11th great-grandchild, and the first to be born since Philip’s death.

But with the Sussexes living in California and amid troubled relationships with Harry’s family, it is not known when or if the new addition will meet the Queen and the rest of the royals.

The row with the BBC did not stop Harry announcing the latest host country for his Invictus Games, revealing in a social media video that Germany will stage the event for 2023.

“It’s time to spread the news something big is coming to Germany,” the duke said in the clip that featured Germany’s defence minister Annegret Kramp-Karrenbauer.

The post Harry and Meghan in fight with BBC over baby Lili story appeared first on The New Daily.