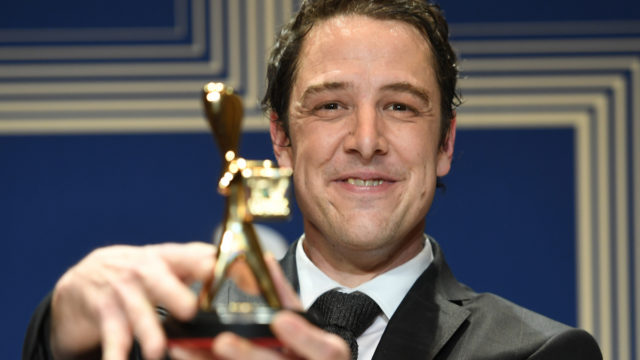 Gold Logie-winning actor and philanthropist Samuel Johnson is in hospital with “a sore head” after being hit by a car on the weekend.

His sister Hilde Hinton alerted fans the 43-year-old Melbourne actor had been involved in an accident with a post on the Love Your Sister charity Facebook page.

“I wish I didn’t have to tell you this,” she wrote.

“Early Saturday night Sam was on his way to visit family when he was accidentally hit by a car,” she said.

“Our ambos got him picked up and tucked away safely in hospital in record time,” she said.

“The fantastical medical staff are in overdrive taking care of his sore head.

“He’s awake and not too happy that he doesn’t have his pants – nobody loves a hospital gown.

“Hearing his voice is lovely, but can’t wait for hugs when it’s safe,” she wrote.

In 2012, Johnson and his sister Connie started the Love Your Sister Charity, which supports the Garvan Institute of Medical Research. Connie died in 2017, after battling cancer since she was a child.

In 2016, Johnson was awarded an OAM for services to cancer research and the performing arts.

The post Actor Samuel Johnson hospitalised after being struck by car appeared first on The New Daily.