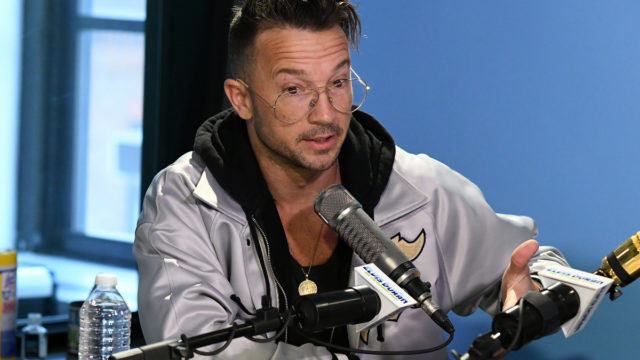 Infamous former Hillsong pastor Carl Lentz will be the subject of a new three-part docuseries setting out to expose allegations of wrongdoing in the US arm of the Australian-based church.

Known for its celebrity attendees like Justin Bieber, Selena Gomez and Kylie Jenner, the Pentecostal Hillsong church has weathered  allegations of exploitation and bullying from volunteers and former congregants across its global branches.

One of the most scandalous figures has been Mr Lentz.

Hillsong founder Brian Houston, a friend of Prime Minister Scott Morrison, in November announced he had fired Mr Lentz due to “leadership issues and breaches of trust, plus a recent revelation of moral failures”.

It was revealed that at the time Mr Lentz was cheating on his wife.

The Breaking Hillsong series will include an interview with Ranin Karim, who allegedly had the affair with Mr Lentz before his firing.

The series is a partnership with journalist Hannah Frishberg and has been picked up by US outlet Discovery Inc, with no word yet as to if it will come to Australia.

“Breaking Hillsong will take viewers into the world of Hillsong, the megachurch with more than 150,000 global members that has recently come under scrutiny,” the press release for the series reads.

“The series will profile numerous current and ex-members of the church who have come forward en masse to share harrowing stories of the trauma, abuse, financial and labour exploitation, homophobia and racism that created a culture of chaos at Hillsong.”

Mr Lentz was in May further accused of bullying and sexual abuse by a former Hillsong nanny, Leona Kimes.

In an article published on the blog site, Medium, Australian-born Ms Kimes wrote about her seven years working for the Lentz family in New York City.

Ms Kimes said she was responsible for looking after the family’s children, running errands and tending to the household.

But she alleges she was subjected to bullying, abuse and torment.

“During the years I spent serving them [referred to as ‘lead pastors’ throughout the article, later confirmed as the Lentz family], I was subjected to manipulation, control, bullying, abuse of power, and sexual abuse,” she wrote.

“The boundaries between personal and professional blurred early on, and an unhealthy bond and attachment was formed.”

Ms Kimes went on to write that she was called names and subjected to power play, with her shifts drastically altered last minute, and she and her husband – also working for the church – rostered so that they were never able to spend time together.

She said she was made to feel uncomfortable by Mr Lentz, who would make sexual remarks about her body and eventually, invaded her physical privacy by touching her inappropriately.

Eventually, she says, Mr Lentz apologised to her, but she was fired from the household by his wife Laura Lentz.

Mr Lentz and his family have strenuously denied all allegations by Ms Kimes, who works now in the Boston chapter of the church, where she and her husband are pastors.

Mr Morrison, a member of the Horizon Pentecostal church, is a close friend of Hillsong founder Brian Houston .

The Prime Minister even famously asked the White House if he could bring Mr Houston to a formal dinner with President Trump, as a guest.

“I’ve known Brian for a long time and Hillsong Church has a very big network of churches all across the United States, and the ministry, when it comes to the music, and so many other things have been very big – it’s probably the single largest church organisation that is known in the United States,” Mr Morrison has said in the past.