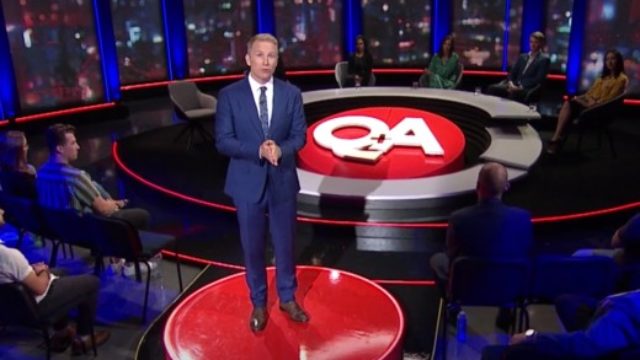 The host of the ABC’s flagship current affairs program, Hamish Macdonald is leaving after 18 months, the national broadcaster says.

Macdonald took the helm of Q+A in February 2020, replacing founding presenter Tony Jones, who departed after 12 years with the show.

“I am enormously grateful for the opportunity I’ve been given to host Q+A and to work alongside wonderful, talented and passionate people,” Macdonald said on Monday.

“I am really proud of what we’ve achieved together during these extraordinary times.”

Q+A will continue, and will be hosted wherever it is possible to have a studio audience, the ABC said.

The broadcaster will rotate the host’s role between its presenters.

“Everyone at the ABC thanks Hamish for the incredible job he has done,” ABC news director Gaven Morris said.

“At one stage during the lockdown he was presenting a live panel discussion program that wasn’t allowed to have either an audience or panellists in the studio. His experience and versatility came to the fore.

“Hamish has long been a part of the ABC family and we look forward to continuing that relationship when opportunities arise.”

While with the ABC, Macdonald, who previously worked with Network Ten, was also a regular presenter on RN Breakfast, hosted the Reef Live event, filed for Foreign Correspondent and reported from the field during the 2020 bushfires.

He has not outlined his future work plans.

The post Hamish Macdonald quits as host of ABC’s <i>Q+A</i> appeared first on The New Daily.