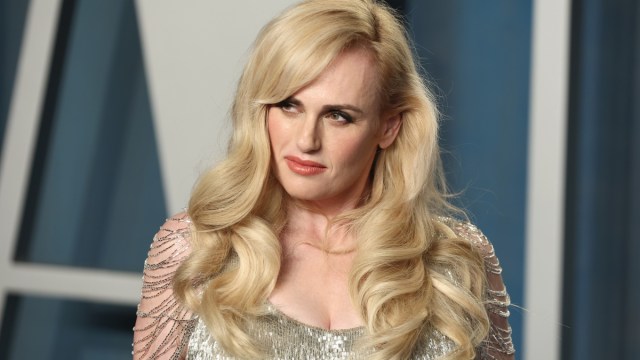 The journalist at the centre of a storm over the “outing” of Australian star Rebel Wilson has apologised for his handling of the story.

“I got it wrong. I allowed my disappointment to cast a shadow over the piece. That was not fair and I apologise,” Nine newspapers gossip columnist Andrew Hornery wrote on Monday.

It followed days of anger after the Sydney Morning Herald was accused of outing Wilson in her new relationship with Los Angeles-based fashion designer Ramona Agruma. Wilson, 42, revealed the relationship on social media on Friday, coming out as a member of the LBTQIA+ community at the same time.

“I thought I was searching for a Disney Prince… but maybe what I really needed all this time was a Disney Princess #loveislove,” she said accompanying a picture alongside her girlfriend.

At the weekend, Hornery said he knew about the relationship with Agruma before Wilson’s revelation and scorned her for choosing to make it public herself – rather than collaborate with the paper.

“Wilson opted to gazump the story, posting about her new ‘Disney Princess’,” he wrote, describing it as a “big mistake”.

“Considering how bitterly Wilson had complained about poor journalism standards when she successfully sued Woman’s Day for defamation, her choice to ignore our discreet, genuine and honest queries was, in our view, underwhelming.”

That sparked outrage from Wilson’s fans, the LBTQIA+ community and other journalists.

“Apparently it wasn’t Rebel Wilson’s choice to come out… The SMH/The Age have admitted to giving her a heads up 2 days in advance that they were going to ‘out’ her,” 10 News journalist Kate Doak said on Twitter.

Wilson tweeted back on Sunday night thanking Doak for her comments, saying, “it was a very hard situation but trying to handle it with grace”.

Among the other journalists who were critical was BBC reporter Megha Mohan, who described the SMH‘s approach as “quite astonishing”.

“I’ve just read this @smh piece 3 times to make sure that I wasn’t misreading. The publication messaged Rebel Wilson saying they would out her in 2 days – and is now complaining that she chose to announce her relationship with a woman herself. Quite astonishing,” she tweeted.

In a statement on Sunday, SMH editor Bevan Shields denied the paper had “outed” the star.

“Our weekly Private Sydney celebrity column last week asked Wilson if she wished to comment about her new partner. We would have asked the same questions had Wilson’s new partner been a man,” he said.

“To say that the Herald ‘outed’ Wilson is wrong.”

Shields said the newspaper “simply asked questions and as standard practice included a deadline for a response”.

“I was told by her management to put my questions in an email. Given I have a column every Saturday, I have a deadline and it is standard procedure to set out the timeframe. It is always up to the subject whether or how they want to engage,” he wrote.

“It is not the Herald’s business to ‘out’ people and that is not what we set out to do. But I understand why my email has been seen as a threat. The framing of it was a mistake.”

Hornery said he and the SMH would work differently in the future to “make sure we always take into consideration the extra layer of complexities people face when it comes to their sexuality”.

“I genuinely regret that Rebel has found this hard. That was never my intention. But I see she has handled it all with extraordinary grace,” he said.

“As a gay man I’m well aware of how deeply discrimination hurts. The last thing I would ever want to do is inflict that pain on someone else.”

Hornery said the paper would take down its weekend column and replace it with Monday’s article.

The post Apology for Rebel Wilson after newspaper’s shocking ‘outing’ appeared first on The New Daily.