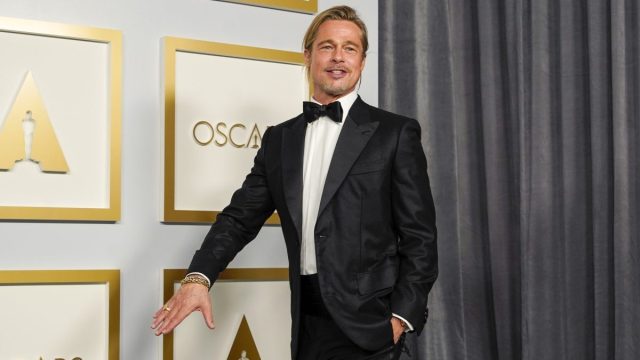 Oscar winner Brad Pitt has revealed he is on the “last leg” of his acting career.

He has since starred in cinematic hits such as Fight Club, Inglorious Basterds, Ocean’s Eleven, and Once Upon A Time In Hollywood. But he has told the August issue of GQ magazine in a candid interview that his years in front of the camera are numbered.

“I consider myself on my last leg,” Pitt said.

“This last semester or trimester. What is this section gonna be? And how do I wanna design that?”

In recent years, the notoriously private actor has spent more time behind the camera with his production company Plan B Entertainment, working on critically-acclaimed films including Moonlight, Minari, 12 Years A Slave, and The Big Short — which he also starred in.

The Hollywood icon did not outline how many more films planned to work on either as an actor or producers. But he told the magazine’s August edition of the difficulty he expected in accepting his forthcoming retirement.

“I’m one of those creatures that speaks through art,” Pitt said. “I just want to always make. If I’m not making, I’m dying in some way.”

Brad Pitt has worked as an actor or producer in 158 screen projects in his 35-year career.

In his latest role, he plays an ageing American spy alongside Sandra Bullock and Joey King in Bullet Train, to be released in Australian cinemas on August 4. He will also be seen early next year alongside Margot Robbie in Damien Chazelle’s Babylon, a period drama about the end of the silent movie era.

It’s not the first time the actor has opened up about a potential step away from Hollywood. In 2020, he told The New York Times  he had other ambitions to explore.

“It’ll be fewer and farther in between for me, just because I have other things I want to do now,” Pitt said.

Pitt also opened up about his life and career, revealing how he was conned into a year-long hunt for fake buried treasure.

He said he was once approached by a man who owned a French chateau, where he claimed that millions of dollars worth of gold dating back to mediaeval times was buried.

“I got obsessed,” Pitt said, even going as far as to buy radar equipment to scour the man’s property.

“Like for a year, this was all I could think about, just the excitement of it all.”

In the meantime, he told the magazine, Pitt spends much of his time “pretty much hiding out” in the Hollywood Hills home he bought in 1994, and described himself as something of a lone wolf.

“I always felt very alone in my life, alone growing up as a kid, alone even out here, and it’s really not till recently that I have had a greater embrace of my friends and family,” he said.