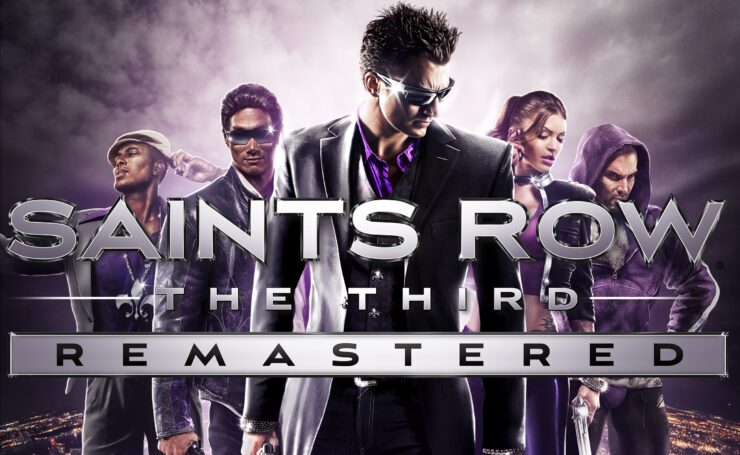 Sometimes when I play a game, I just want to have fun. Is that too much to ask? I don’t want to spend hours in menus, min-maxing my character stats, I don’t want to perfect my strategy, I don’t want to go for a high score, I just want to have dumb fun where I can sit back and turn my brain off. Saints Row: The Third is exactly that game. It knows what it is: a big, dumb, satirical look at the fetishization of gang culture in the media, with explosions, nonsense, and plenty of bullets. And that experience has never been better than in Saints Row: The Third Remastered.

If by some miracle you don’t know what Saints Row is yet, then let’s do a quick recap: Saints Row started life as a decent enough GTA-like before an actual GTA game was available on the Xbox 360, and quickly spawned sequels. By the time they got around to Saints Row: The Third, the team knew they needed to have a unique identity in the market, and so they gave The Third a ridiculous treatment of shocking purple, ridiculous gags, and humor, and ditched the city simulation in favor of a ridiculous playground for your destructive antics.

In Saints Row: The Third Remastered you’re given all of the DLC released for the game, meaning you have access to much more fun right from the start. There’s very little sitting around here, you can pretty much immediately get access to a devastating fighter jet, a decked-out tank, dozens of outfits and accessories, and so much more. While this does mean you absolutely have much more artillery than you need for the early game, it also makes it a lot more fun. And the stakes only ramp up, you will be hunted by several gangs, the police, the armored STAG police force, SWAT, and more, all with their own vehicles that will hunt you down, including helicopters and jets which will fire missiles, of course. Saints Row: The Third is all of the mayhem you remember causing in the early GTA games condensed into a single package. 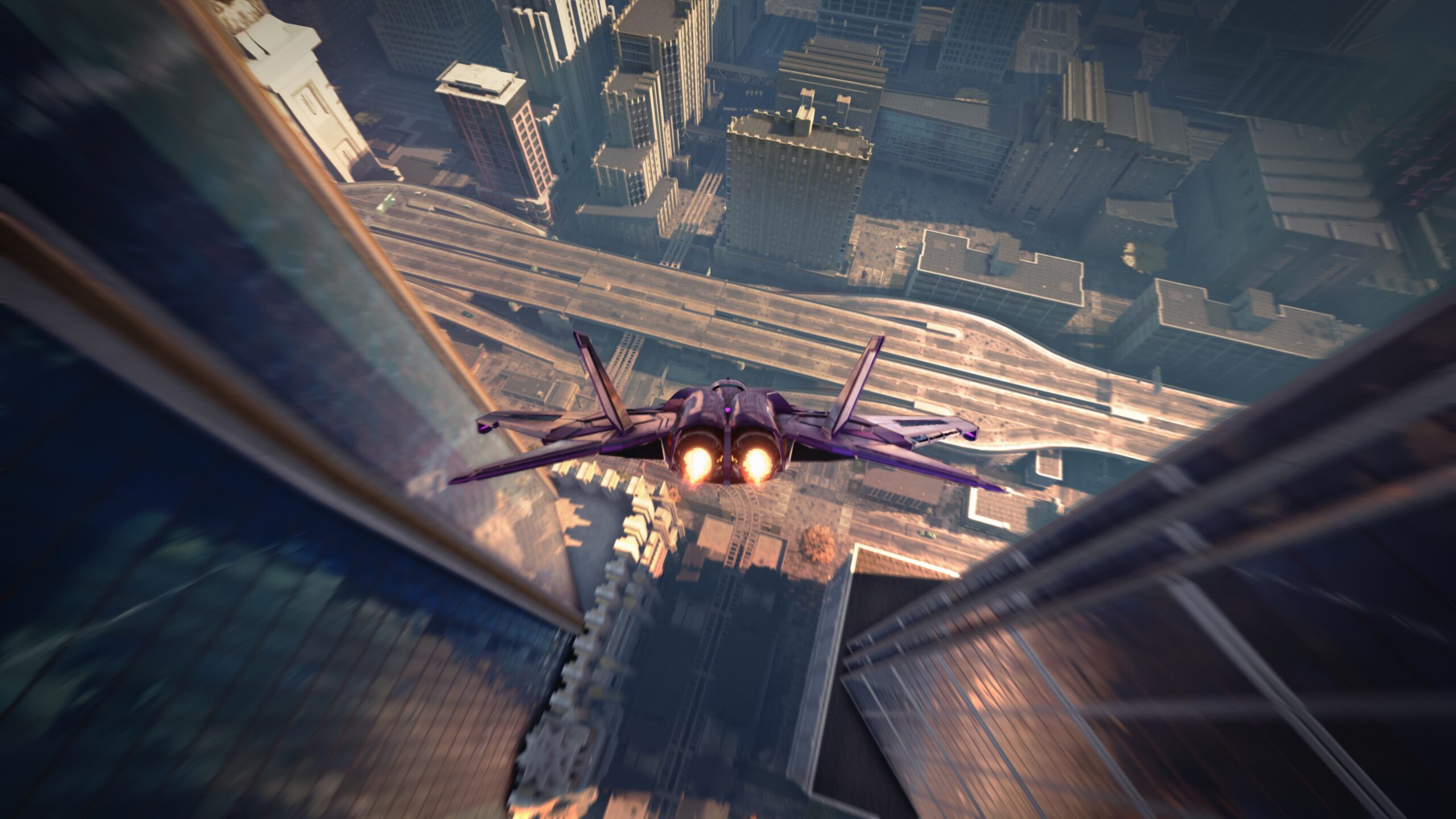 This disregard for anything sane means Saints Row: The Third Remastered can go at a constant break-neck pace. While in a game like GTAV there will be a whole mission where your team scrambles to acquire a bomb or a helicopter before a heist, in Saints Row the Third Street Saints have the military might of a small country, and you’ll regularly be gunning down enemies from a helicopter, throwing bombs, firing rocket launchers, and much more. Saints Row: The Third does have the one penthouse mission that everyone remembers, but while Kanye West’s Power made that mission so memorable, every other mission is up to pretty much the same quality, with a late-game mission undertaken to the tune of I Need A Hero being a modern classic. Very few of the main missions are boring, and most of the optional missions have some fun to be found in them.

There are, of course, your usual variety of collectibles scattered around the world, but admittedly this playground of destruction that is the city does feel a bit hollow. There are numerous districts to capture, purchase buildings in, stop gang activity in, and more, but it still somehow manages to feel lifeless. Likewise, the bombastic humor and personalities make the characters feel like caricatures, so you won’t find any deep characters to be your favorite here.

And of course, it has been nearly ten years since the original release of the game, and as such the humor feels like it has aged a bit. I mean, Bert Reynolds was a bit of an aged reference a decade ago, and now the man is dead, may he rest in peace, so his inclusion in the game feels a little odd. In general the humor feels a bit out of date, but it is a minor complaint against a game that otherwise holds up incredibly well. 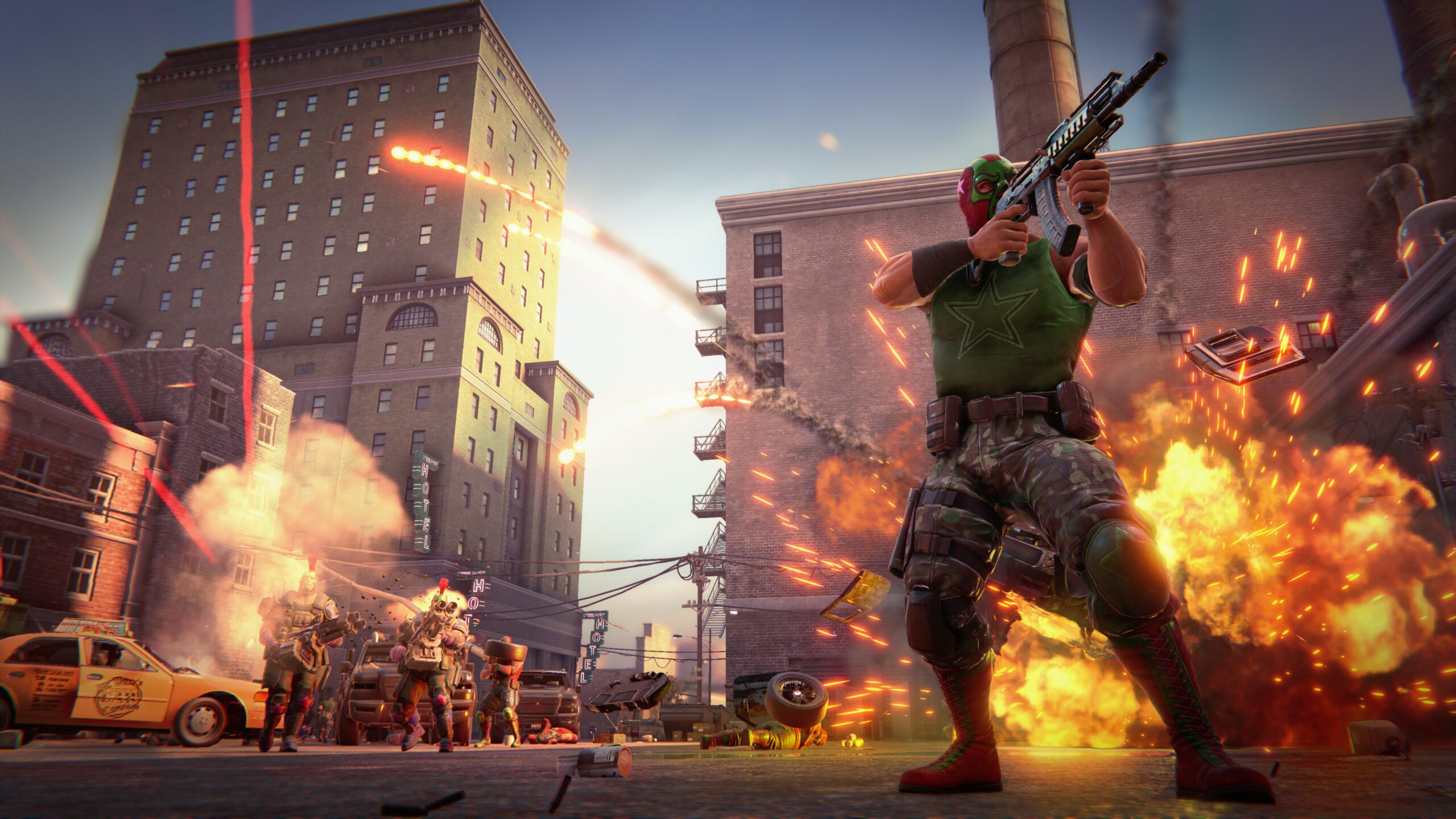 In this game you will regularly be shooting rockets out of helicopters, controlling all kinds of hardcore artillery, blowing up vehicles and running over pedestrians, all of the highlights of your average open-world crime sim are here, and they happen regularly. Admittedly, this can mean you can end up feeling burnt out after one massive, explosive shootout after another, but the variety of vehicles and challenges you come up against keep the game feeling fresh. Plus, I can never get enough of Kabron radio.

My biggest complaint from Saints Row: The Third Remastered has to be navigating the city. When I have access to my crib and can summon a helicopter or jet to get from one side of the city to the other it’s amazing, but when I’ve been left on the edge of the map after a mission and have no choice but to spend minutes driving back it can become tedious. Plus, if you’re only playing the game for the main story, Saints Row: The Third won’t last you very long. To make the most of it, you definitely need to engage in side missions and extra activities whenever you come across them, possibly as a palate cleanser from all of the more intense gunfights.

But ultimately, I was having the most fun in Saints Row: The Third Remastered when music was blasting through the radio as I used a tank to blow up dozens of enemies at once, and if you want, you can do this all the time. It’s liberating and refreshing, but rarely too challenging or intense. And of course, Saints Row: The Third Remastered looks better than ever, with many of the models and textures being noticeably improved, and new lighting making the world look much more alive than on last-gen consoles. As a bonus there’s even the option to uncap the framerate in the settings menu, which certainly doesn’t sustain 60FPS on PS4 Pro, but in my opinion, it makes for a big improvement, and is my preference when playing the game. This means the console versions are of course a bit behind the PC version of the game, as you’d expect, but they still bring Saints Row: The Third very close to modern standards.

Reviewed on PlayStation 4 Pro (code provided by the publisher).