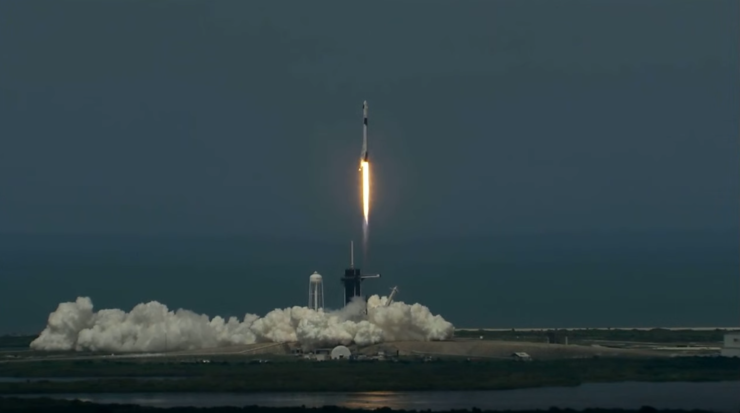 At 3:22 PM ET today, NASA and SpaceX successfully launched the latter’s Dragon crew vehicle from the John Kennedy Space Center’s launch pad 39A in Merritt Island, Florida. The launch is the beginning of the Dragon 2 vehicle’s DM-2 demonstration mission that culminates in the vehicle’s development under NASA’s Commercial Crew Program (CCP). Today’s launch comes after Wednesday’s scrub due to unfavorable weather conditions.

The Dragon launch marks a historic occasion for the American space program as it marks a resumption of crewed orbital space activity commencing from the country. As opposed to the Space Shuttle Missions, missions under the Commercial Crew Program let the space agency outsource development to the private sector This allows the companies to develop the products to use them for commercial purposes, as they’re allowed to share development costs with NASA.

NASA funding to SpaceX under the CCP commenced in 2011 when the company was awarded $75 million for developing an integrated launch abort system for the Dragon vehicle designed under the Commercial Resupply Services (CRS) program that awarded $1.6 Billion in 2008 to SpaceX for twelve cargo flights to the International Space Station (ISS). The launch abort system initiated while the Falcon 9 Block 5 vehicle was on the ground today as propellant was loaded and a communications check was performed.

Astronauts on board the Dragon 2 vehicle will play a critical part in the first step of NASA’s plans to commercialize low earth orbit (LEO). The Dragon missions delivering both astronauts and cargo to the ISS reduce costs drastically over the Russian Soyuz launch system via SpaceX’s obsessive focus on in-house design and supply chain management. 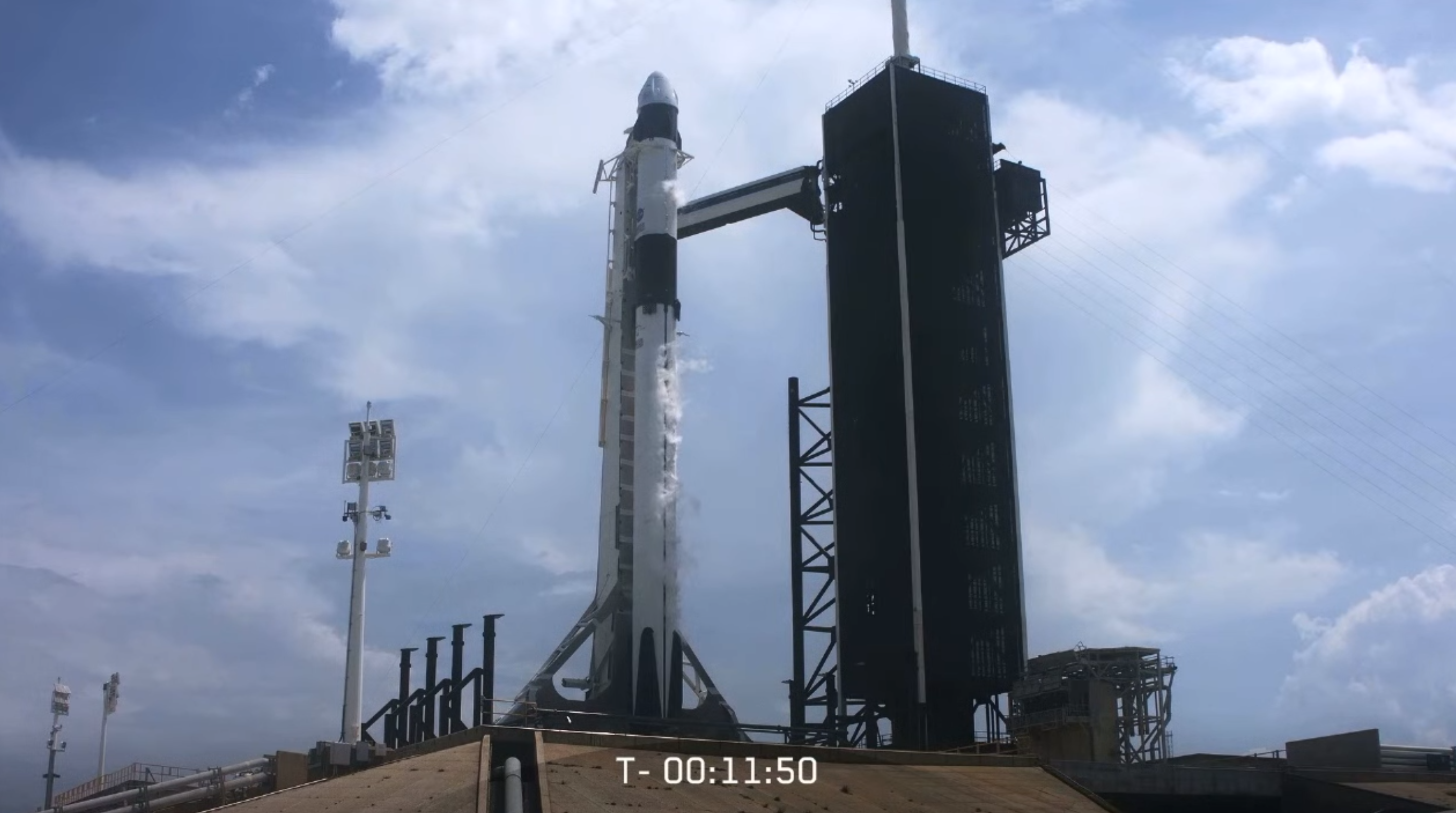 SpaceX’s Dragon 2 Vehicle atop the Falcon 9 Block 5 launch vehicle at the Kennedy Space Center’s Launch Pad 39A today 11 minutes and 50 second before liftoff. The vehicle is yet to undergo stage-1 engine chill to let the nine Merlin 1D engine’s turbopumps chill before they let liquid oxygen (LOX) to flow through them to the main pumps. (Image Courtesy: SpaceX/NASA)

Following liftoff, the Falcon 9 launch vehicle propelling the Dragon 2 will separate from the Falcon 9 after twelve minutes. Once this happens, the booster will begin its re-entry into the earth’s atmosphere as the Dragon commences to open its nosecone before docking with the ISS. After separating from the Falcon 9, the Dragon will first start to initial propulsion and orbital activation checks before moving forward towards executing its phasing burns. During this process, the crew vehicle will perform orbital raising maneuvers to let it catch up with the space station, after which it will establish communications with the ISS.

Communications with the ISS will be critical as the vehicle is designed to operate autonomously when docking with the Harmony module. This capability comes after its initial use as a cargo vehicle for the ISS as part of the aforementioned COTS program. ‘Go’ for today’s launch came roughly 45 minutes before liftoff as SpaceX’s team conducted an automatic survey to make sure that all conditions for the launch were being met.

Should the DM-2 mission prove successful, the Dragon 2 will not only ferry astronauts from NASA to low earth orbit (LEO) but it will also open up the potential for other astronauts to make such trips. Therefore, today’s mission is being closely watched throughout the globe as SpaceX strives to prove its mettle in the aerospace world.

The post SpaceX Dragon Lifts Off To The Skies As Astronauts Commence DM-2 Mission by Ramish Zafar appeared first on Wccftech.