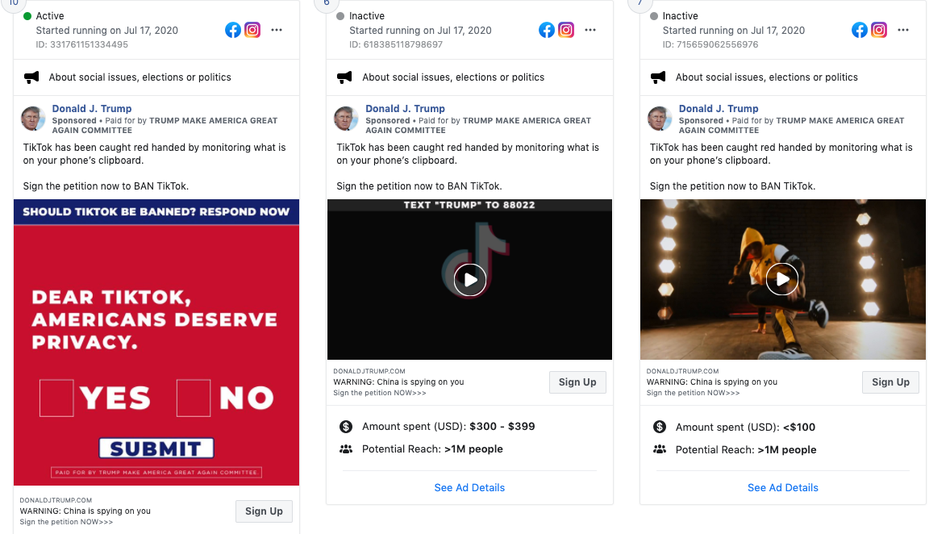 Move over, Huawei. Beat it, Twitter. The Trump administration has anointed a new tech bogeyman: the viral dance app TikTok.

Donald Trump’s Facebook and Instagram pages are running four advertisements warning that “TikTok is spying on you!” and saying Americans deserve privacy. The ads link to a survey asking whether users think Trump should ban TikTok in the U.S., and then, of course, prompting survey takers to donate to the Trump campaign.

New York Times reporter Taylor Lorenz first spotted the ads, which anyone can view in the Facebook Ads Archive.