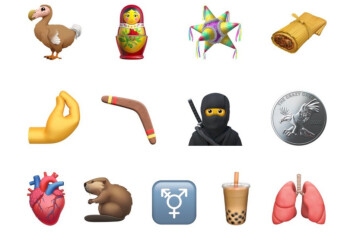 Right now we are about eight weeks away from the launch of iOS 14 which will push out with new features such as Android-styled widgets, the App Library (in place of an app drawer), picture-in-picture, new smaller UIs for Siri and for incoming phone calls, and more. The new iOS build will also include more emoji and an early look at them.
, Apple decided to preview 13 of them. You can view what these will look like on iOS by taking a peek at the image found at the top of this article.