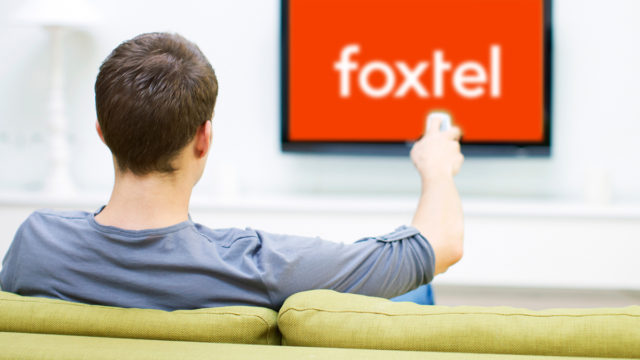 According to data giant Roy Morgan, Rupert Murdoch’s ailing subscription TV company had recorded its strongest growth results in years, for the three months to May 2020.

This is in stark contrast to the findings from the three months to February, which showed 98,000 Australians had switched off Foxtel.

It’s prompted some to ask, has Murdoch manufactured a miracle?

Don’t call it a comeback, media analysts say – it’s just the result of a new service launch and some clever marketing.

The figures come at the same time as Foxtel lands a $10 million government ‘handout’ – and a whole lot of flack.

The cash splash follows $30 million given to the provider, by the Morrison government in 2016, to broadcast ‘under-represented sports’, particularly those played by women.

$10M ‘grant’ to Fox Sports for ‘under represented’ women’s sports coverage goes to a pay TV (subscriber only) operation. This looks like misappropriation of public funds. We need full accountability – The New Daily https://t.co/eyTnwmt8Ua

Labor and the Greens politicians said it was hypocritical, and even arrogant, for the government to give a private corporation taxpayer money when the ABC has had its budget cut by $84 million.

On paper, Foxtel’s subscription numbers bounce back is astounding.

But even the briefest of digs below the surface explains a lot, media analysts told The New Daily.

At the end of May – May 25 to be precise – Foxtel launched its new service Binge, a competitively priced platform that opened its impressive HBO-heavy back catalogue for viewers to veg out on.

Because Foxtel doesn’t break down the subscription numbers for its various platforms – Foxtel Go, Foxtel Now, Kayo and Binge – it’s easy to spread the shine of a new attraction across the less-glossy performers.

As companies (and consumers) know, the best way to lure people to a new product is by giving them a taste, and hoping they’ll get hooked.

Binge is offering a two-week free trial, but Telstra customers are offered a three-month free subscription – and then a further six months if you meet a certain level of membership.

The New Daily has also heard of some Telstra customers being offered free limited Foxtel subscriptions.

To really connect the dots: Telstra owns 35 per cent of Foxtel.

What we really need to watch, is Foxtel’s subscription numbers in the next 12 months, Victoria University screen media senior lecturer Marc C-Scott advised.

It’s about how many subscribers stay with the service after all the freebies have petered out, Dr C-Scott said.

It seems like fate that Foxtel would launch Binge in the middle of a pandemic.

Since March, most of the country has been stuck at home with naught else to do (while the sourdough rises) but watch the idiot box.

It wasn’t just Foxtel that saw its subs rise in this initial lockdown period – all streaming services did. 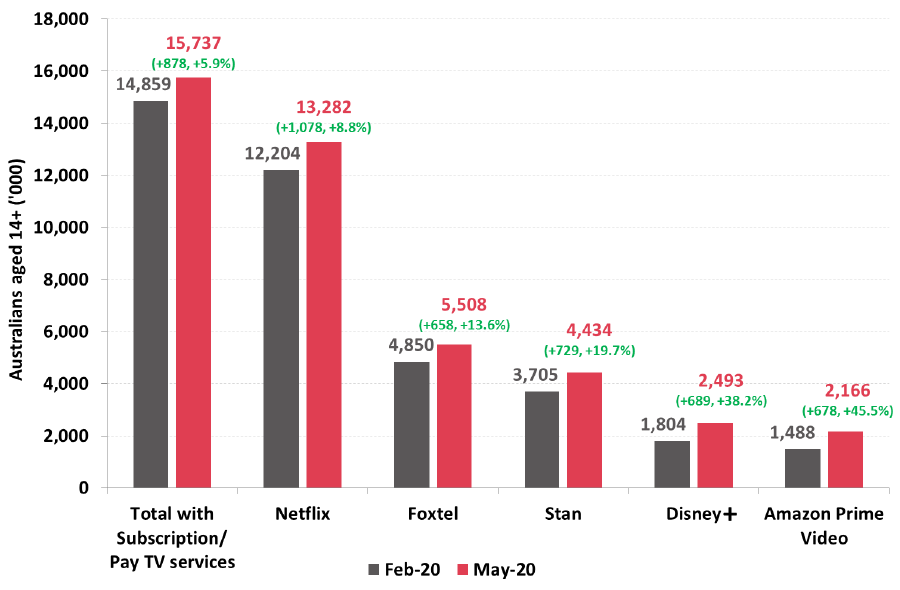 Amazon Prime Video and Disney Plus had the biggest gains, at 45.5 per cent and 38.2 per cent respectively.

They’re two of the newer providers on the market.

“People are in lockdown and they’re looking for a new kind of platform – I don’t think many people were aware of Prime and what it has to offer,” he told The New Daily.

While viewers are discovering Prime, Disney Plus and Binge, Netflix and Stan could begin to find themselves in trouble, both Dr C-Scott and TV Blackbox founder Mr McKnight said.

The global pandemic has brought a stop to the production of many new and exisiting TV shows and movies.

“It’s only really things that were in the can that we’re going to see coming out,” Mr McKnight added.

For Netflix and Stan, which pride their value on new and exclusive content, this spells trouble.

“We can already see the monthly release schedules watering down,” Dr C-Scott said.

Binge, on the other hand, is sitting pretty – it’s got decades of classic back catalogues to pick through.

“I was concerned when Binge was announced that it wasn’t going to make an impact in our crowded streaming market,” Mr McKnight said.

“Is there a place for Binge in the long term? That’s the big question.”

The post Look closer: Foxtel’s subscription figures boost isn’t all that it seems appeared first on The New Daily.