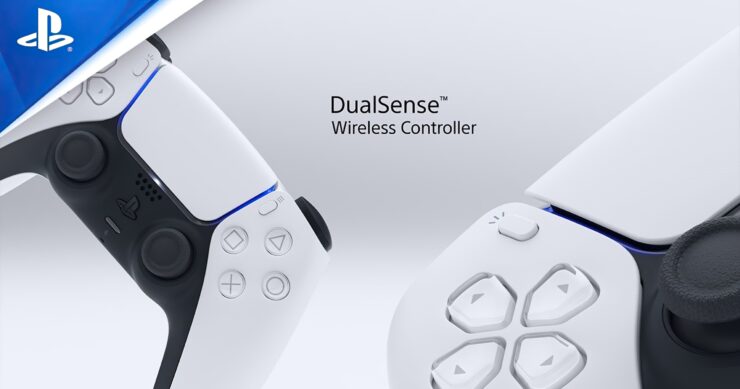 The PlayStation 5 is now likely to be less than three months away and so far, it managed to garner far more interest than its main competitor, the Xbox Series X made by Microsoft.

Analysts believe the PlayStation 5 could outsell the Xbox Series X by a margin of two to one. Certainly, so far Sony has been able to ‘sell’ the benefits of the generational leap better than Microsoft, opting for example to develop exclusive first-party PS5 titles from the get-go.

Sony has focused on highlighting the enhanced ‘sensorial’ experience provided by the PlayStation 5, mainly thanks to the Tempest Engine 3D audio and the DualSense controller’s adaptive triggers and haptics.

The latter may prove to be the most exciting innovation enabled by the PS5 hardware, according to many third-party developers who have already waxed praise onto the DualSense haptics capabilities, pointing out that it can produce brand new sensations while playing games. Take a look at a selection of quotes we’ve picked from the news.

Young Horses Games President Philip Tibitoski: Previously on pretty much any console that has vibration or rumble, it’s a nice feature that sometimes can make things more immersive, but I haven’t felt anything quite as intricate and sensitive as the DualSense’s haptic feedback.

We’re also using the adaptive triggers. Different traps have different functionalities and some of those are best exhibited through, tension in those triggers or rumble in them to make you feel like you’re really using them.

Bethesda Sr. VP of Marketing and Communications Pete Hines: I’ve gotten to try the haptic feedback and adaptive triggers on this thing and was very impressed.  I think games are gonna do some really cool things with them.

Supermassive Games Managing Director Pete Samuels: You mentioned the PlayStation 5 DualSense controller and its features and we’ve been having some chats about that for a little while now about how we’re going to use that.

The whole tactile thing – as much as we can transfer what you’d expect the character’s experience to be directed back to the player, I think the better attachment you feel to the characters.

Techland Lead Gameplay Designer Tymon Smektala: I absolutely love the DualSense controller. It’s an amazing design, as futuristic as we should expect in 2020 – the sci-fi times we already live in. As for the shape, we need to see how it will fit in the hands, but looking at it I get very good vibes – I think it has a chance to be one of the best in history, just big enough but neat & funky at the same time.

I also think that the haptic feedback and adaptive triggers can be real game-changers, way more than people expect right now.

Codemasters Development Director Robert Karp: On the PS5, for example, you have the adaptive triggers that could have some really interesting implementations – particularly for racing. There’s a lot of excitement and buzz about it.

Arkane Lyon Game Director Dinga Bakaba: […] something we’re really excited about is the controller DualSense. It’s got a lot of nice features, with the haptics feedback and the active triggers. We’re a first person game, we really value immersion a lot in our games and being able to really feel the weapon in your hands, its reaction, how it reloads, how it reacts to reloading… I think every game designer in the world that got their hands on the DualSense think it’s a lovely toy, and I think that the players will also enjoy those functionalities. For us, again, targeting immersion it’s a really nice opportunity we’re excited about, so between power and the controller, it’s very, very exciting.

Counterplay Games Director Keith Lee: What’s exciting about the DualSense controller is the fact that it has stereo vibration in terms of the rumblers, as well as resistance on the triggers, so one of the things that you can do is to create, for the first time, a sensation of your weapon hitting another weapon and how it resonates.

The fact that if you’re sliding across the ground, depending on the surface of the material–you might slide on gravel or sand or water–the way the vibrations work really feel like the way that those surfaces would feel. So it’s a lot more powerful in terms of creating that experience.

TeamKilla Media Co-Founder Micah Jones: For example, we are going to make every gunshot vibrate the side of the hand that would be holding the handle of the gun, vibrate the controller dynamically according to where the enemy hits you. We are going to have the player go to doors that have the possibility of backdraught explosions and the character will place his left hand on the door and if it’s hot the controller will vibrate on the left side of the controller to warn the player of an explosion if that door is opened.

Tango Gameworks Game Director Kenji Kimura: You need to experience it directly because this is very difficult to explain, but the DualSense Haptics and adaptive triggers felt so good that it surprised us. We could feel and experience the various actions and attacks like never before.

Truth to be told, we’re long overdue for a control update. Motion controls went quickly out of fashion (though they did find their natural habitat in Virtual Reality games) after the Wii generation, while the DualShock 4’s touchpad and lightbar didn’t really add much to the experience.

Nintendo did bring an updated ‘HD Rumble’ system to its Joy-Con Switch controller, developed alongside Immersion Corporation, the same company behind the DualSense’s haptics. However, as often is the case with Nintendo, so far HD Rumble has been mostly used well only in first-party games.

With the PS5’s DualSense, it seems like many third-party studios are already fully onboard with exploiting the full potential of the highly programmable voice coil actuators, which could add another much-needed layer of immersion to our everyday gaming experience. After all, as pointed out recently by the CEO of Immersion Corporation, we are now in the realm of diminishing returns when it comes to strictly visual improvements from hardware generation to hardware generation. It is thus more important than ever to find other ways to augment the enjoyment of playing a game on a shiny new hardware such as the PS5 and adding tactile sensations that allow users to feel the surfaces their characters are walking on, or the weapons they are holding, certainly fits the bill. We can’t wait to try the DualSense ourselves at Wccftech, that’s for sure.

What about you? Let us know in the comments and vote in the poll, too!

Are you excited to try the PS5 DualSense controller’s haptics and adaptive triggers?

The post DualSense Haptics May Be the Most Exciting PlayStation 5 Innovation by Alessio Palumbo appeared first on Wccftech.