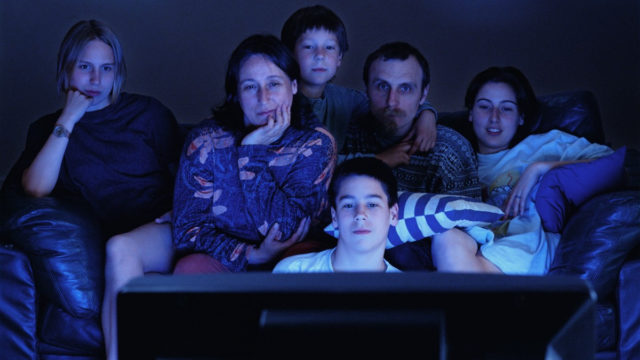 Channel Ten’s ailing streaming service is getting a makeover, parent company ViacomCBS announced on Wednesday, in a bid to find a foothold in Australia’s on-demand market.

From next year 10 All Access will become Paramount+, leveraging the brand recognition of Paramount Pictures.

While details are yet to be confirmed, its library will benefit from newly minted deals that have been ticking over in the background, bringing subscribers content from Showtime, Nickelodeon, CBS All Access, MTV and Comedy Central.

There’s also a strong chance we’ll get access to Paramount Pictures’ catalogue of movies, to some extent.

Those watching the watchers say it’s about time Ten did something about its streaming offering – but there’s doubt as to if Paramount+ will be enough.

TV historian Andrew Mercado says the rebrand is no sure bet.

“10 All Access is, in my opinion, the saddest streaming site in all of Australia,” Mercado told The New Daily .

“I remember seeing posters in bus shelters (when it launched) saying, ‘Stream every episode of NCIS for $10 a month’ – I can’t think of anything worse.”

“What kind of media do you usually stream here?”

“Oh, we got both kinds. We got Gulf + Western!”#ParamountPlus pic.twitter.com/GPPqTM9SRm

The pivot in name and branding could be the metamorphosis Channel Ten needs to emerge from its self-spun cocoon, others say.

“I think it will have potential,” Dr C-Scott told TND.

“It’s got that Paramount brand power, it’s got an international feel to it.”

By anyone’s count, Australia’s streaming market is beyond crowded – it was only a matter of time before the axe fell on one of them.

No-one is coming close to touching Netflix, but Dr C-Scott said Paramount+ has the potential to steal a few subscribers from those jostling underneath: Stan, Amazon Prime, perhaps even Disney+ or Apple TV.

“They just don’t seem like they want to be in the game – they’re not even launching until 2021,” he said.

“Like, are you in the game or are you just making vague promises about 2021?”

In announcing the makeover on Wednesday, Paramount+ teased with three new series that will be available exclusively on the platform.

Those are The Offer, based on the making of The Godfather; Lioness, a spy drama from the creator of Yellowstone; and First Ladies, starring Viola Davis as Michelle Obama.

“They don’t have that attention-grabbing title that makes you think, ‘Wow, I’ve got to get this’,” he said.

“You look at what The Marvellous Mrs Maisel did for Amazon Prime – the name sounds ridiculous, like a children’s show – but then it goes and wins all these awards. That’s what Paramount+ needs, one good show, and I don’t think they’ve got it.”

CBS All Access is a dud but there is some potential for Paramount Plus w the MTV, Nickelodeon, and Comedy Central archive https://t.co/eaBvcWjG2r

The final launch date and pricing structure of Paramount+ hasn’t been announced yet. However, the other streaming services however between $7 and $12 a month.

In the US, CBS All Access (which is also struggling) will also be rebranded as Paramount+, and the service will be available in Australia, Latin America and the Nordics.