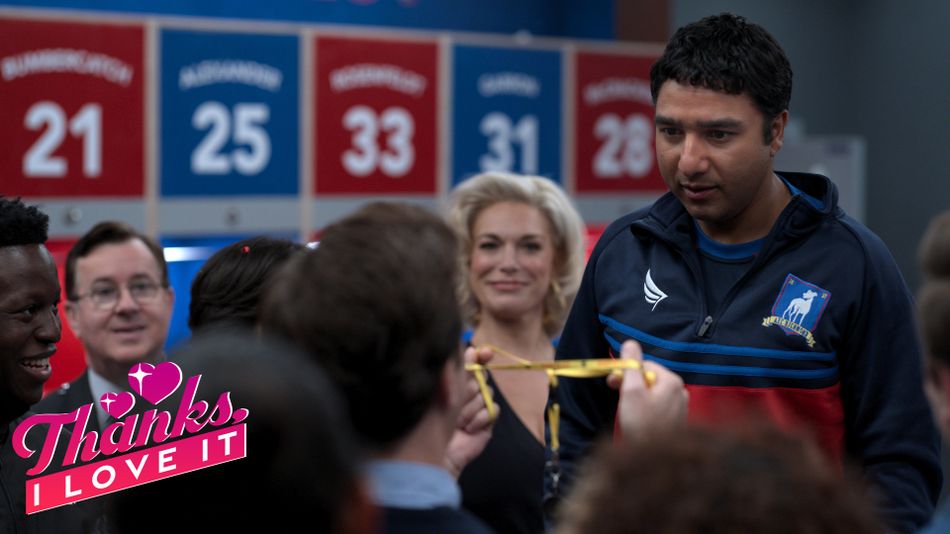 Welcome to Thanks, I Love It, our series highlighting something onscreen we’re obsessed with this week.

There is a point, towards the end of Ted Lasso Season 1, when Nathan (Nick Mohammed) thinks he has been fired. The soft-spoken equipment manager is at once furious and heartbroken; after years of blending into the background or being bullied, he finally feels at home with the Richmond football team.

But he’s not fired — in fact, he’s been promoted, and within moments the whole team has him up on their shoulders, chanting his name as Nick beams. If you’ve stayed with the show through this heartwarming scene, chances are you beamed as well, and that’s credit in no small part to Mohammed’s performance — the thing we love this week. Read more…

More about Entertainment, Television, Appletv, Ted Lasso, and Thanks I Love It