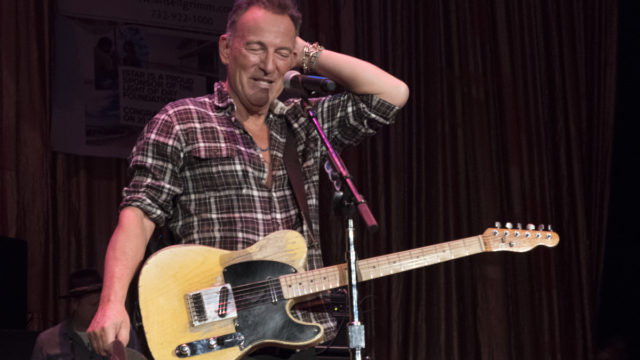 Springsteen was arrested on November 14 in a part of the Gateway National Recreation Area on the New Jersey coast, a spokesperson for the National Park Service confirmed on Wednesday.

The park is on a narrow, beach-ringed peninsula, with views across a bay to New York City.

It is about 25 kilometres north of Asbury Park, where Springsteen got his start as a musician and bandleader and which was later made famous with his debut album Greetings from Asbury Park, NJ.

Springsteen, 71, received citations for driving while under the influence, reckless driving and consuming alcohol in a closed area.

The rocker, who wrote in his autobiography about his lifelong struggles with depression, performed at US President Joe Biden’s inauguration in January and appeared in a Jeep ad during Sunday’s Super Bowl.

According to the New York Daily News, Jeep had pulled the Super Bowl ad titled The Middle from their YouTube page within hours of news of Springsteen’s arrest emerging. It remained live on the rocker’s social pages.

Jeep said it “would be inappropriate for us to comment on the details of a matter we have only read about and we cannot substantiate”.

But, it said, “it’s also right that we pause our Big Game commercial until the actual facts can be established”.

Under New Jersey law, a first drink-driving offence carries a fine of up to $US400 ($A518). Springsteen is also likely to have to attend two six-hour driver re-education sessions, have an interlock device installed on his vehicle for three months – and will face a $1000 surcharge on his car insurance for three years.

The National Park Service spokesperson said Springsteen was co-operative when pulled up. Springsteen has not commented publicly on the arrest.

The post Bruce Springsteen arrested for drunk-driving appeared first on The New Daily.