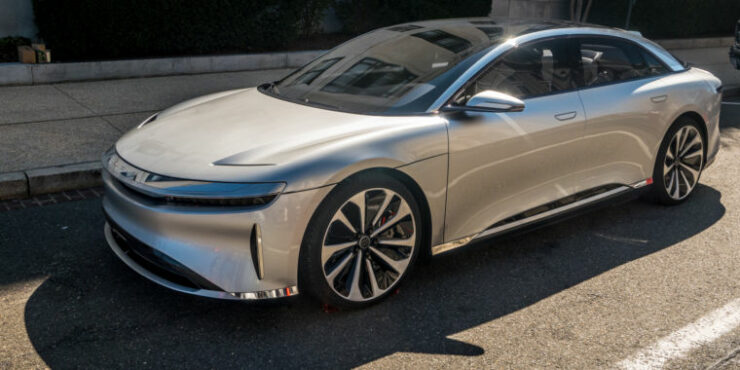 Lucid Motors, the manufacturer of the ultra-luxury Lucid Air electric vehicle, seems to be entering the home stretch when it comes to its ongoing merger negotiations with the Special Purpose Acquisition Company (SPAC) Churchill Capital Corp. IV (NYSE:CCIV).

According to a fresh Bloomberg report, a merger DA between Lucid Motors and Churchill Capital may materialize by the coming Tuesday – 23rd of February 2021. Crucially, Bloomberg asserts that the deal would value Lucid Motors at $15 billion.

Last week, Reuters had reported that Lucid Motors and Churchill Capital were nearing a merger deal. However, Reuters had believed that the EV company would be valued at around $12 billion. Readers should note that the SPAC has already raised $2 billion through its IPO to acquire a stake in the EV manufacturer. We continue to believe that Lucid Motors would be able to command a much higher valuation than the $12 billion figure. To wit, Reuters had indicated in the last week’s post that the SPAC Churchill Capital was seeking additional PIPE investments, ranging between $1 billion and $1.5 billion. This additional financing is conducive to a higher valuation. For those that are unfamiliar with its structure, a PIPE investment is a mechanism whereby institutional investors receive shares in a company at a discount in return for injecting crucial liquidity. Bear in mind that the Saudi Sovereign Wealth Fund – formally known as the Public Investment Fund (PIF) – currently retains a 67 percent stake in Lucid Motors on the back of a $1.3 billion investment back in 2019.

Lucid Motors is expected to start delivering the Air EVs in the spring of 2021. The company has already indicated that it needs additional financing in place before the summer of 2021. This suggests that the proposed merger between Lucid Motors and Churchill Capital may achieve a closure quite soon, provided that the DA materializes next week.

We had noted last week that Lucid Motors might not experience the customary post-merger slump. Lucid Air delivery initiation, coupled with the imminent finalization of the terms of its production facility in Saudi Arabia, may serve as crucial catalysts to keep the stock afloat.

As a refresher, the Lucid Air is a luxury EV sedan that will retail in three versions: the Air, the Air Touring, and the Air Grand Touring. Lucid Motors’ base EV model will start retailing at $69,900 (with the incorporation of federal tax credits) and offers a range of 406 miles along with a 0-60 mph acceleration in 2.5 seconds. The top model will carry a price tag of $169,000 and will offer 1,080 horsepower and a range of 517 miles. The Air’s headline features include a very spacious and luxurious interior and an ultrafast 900V+ battery architecture that is compatible with the CCS standard and makes it possible to soak up a 300-mile range with just a 20-minute fast-charge.

The post Lucid Motors and the SPAC Churchill Capital Corp. IV (CCIV) May Announce a Merger Agreement by the 23rd of February – the Deal May Value the EV Company at $15 Billion or More by Rohail Saleem appeared first on Wccftech.