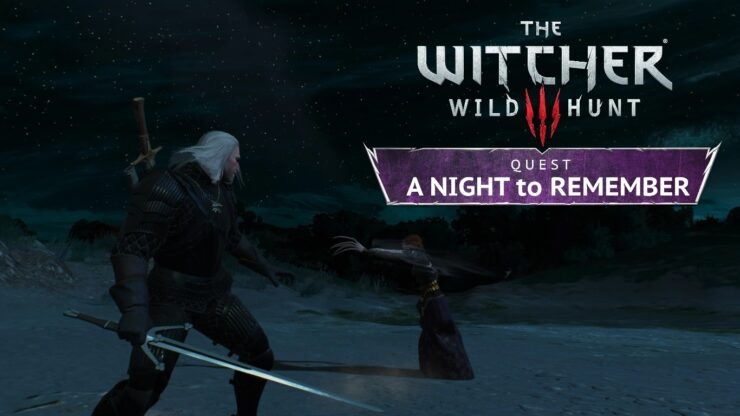 A new The Witcher 3 fanmade standalone quest has been released online, a new quest that introduces new content that continues the story of the Blood and Wine DLC expansion.

A Night to Remember, which continues Orianna’s story after the events of Blood and Wine, features both old and new characters, voice acting, new assets, a special reward more. This new quest also feels true to the vanilla The Witcher 3 experience, forcing players to make some decisions that will impact the story.

A Night to Remember is a completely new adventure featuring characters new and old! You can enjoy new writing, cutscenes, voice acting, assets, a special reward, and some difficult decisions…

Developed to take advantage of the most powerful gaming hardware, the next-gen edition of the game will feature a range of visual and technical improvements — including ray tracing and faster loading times — across the base game, both expansions, and all extra content.

The next generation edition of The Witcher 3: Wild Hunt will release as a standalone purchase for PC, Xbox Series X and PlayStation 5, as well as a free update for everyone who already owns the game on PC, Xbox One and PlayStation 4.

The post The Witcher 3 A Night to Remember New Standalone Quest Continues the Story of the Blood and Wine DLC by Francesco De Meo appeared first on Wccftech.