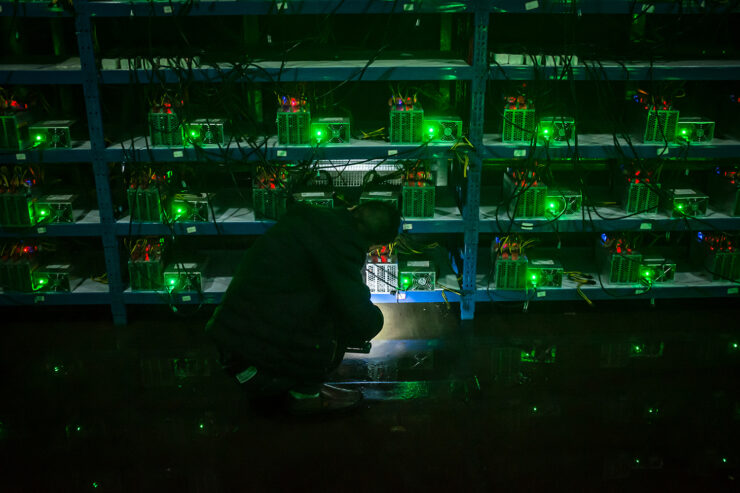 Wednesday was a mixed bag of news for Bitcoin, as developments in El Salvador and China presented a varied picture for its future. In a major move, El Salvador implemented a new law that recognizes Bitcoin as a legal tender, allowing the country to use the currency for everyday transactions. However, at the same time, China’s Qinghai province issued a blanket ban on all Bitcoin mining, according to a document released by its Industry and Information Technology Department. The move was precipitated by the Chinese central government’s efforts to reduce Bitcoin mining energy consumption and reduce greenhouse gas emissions.

The analysts quoted by Bloomberg are wary of further downward pressure on Bitcoin’s price, as they worry that more bad news could cause levels to touch $30,000. If they do, then panic selling in the market will effectively wipe off all gains made by Bitcoin this year. Even though the currency has dropped by more than 50% since April, a price of $32,000 is still higher than Bitcoin’s closing price of $28,769 at the end of December last year. 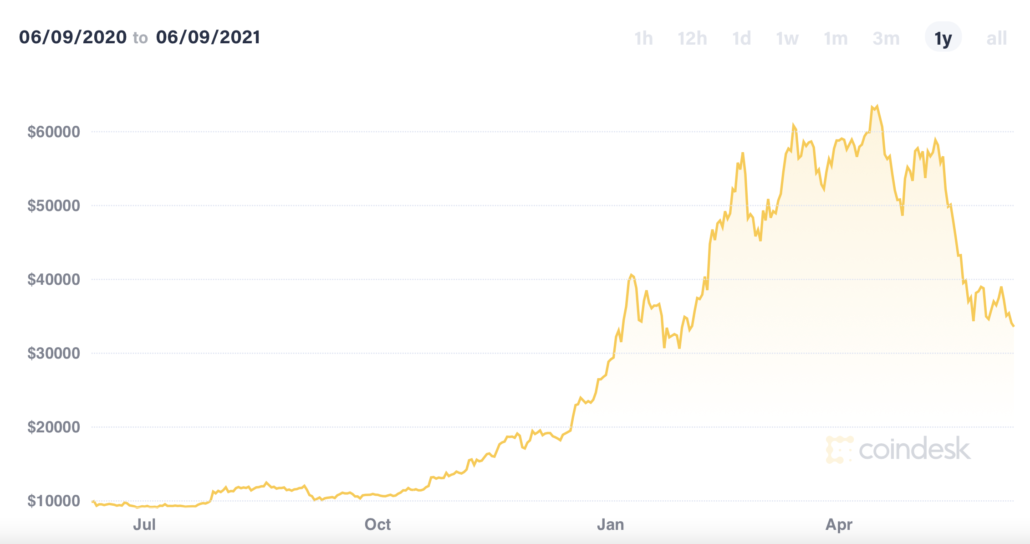 After taking a vicious beating for more than a month, Bitcoin finally made some gains today as its price is up by more than 12% over yesterday’s levels at 14:21 EDT. Image: Coindesk

Analysts Rick Ross of Evercore and Michael Purves of Tallbacken believe that Bitcoin can drop to $20,000 if price shocks persist. According to a snippet from Purves’ investor note sent out yesterday, the analyst commented that:

However, whether Bitcoin touches the $20,000 level is uncertain. In the wake of developments in El Salvador, the cryptocurrency witnessed its first price gain over the course of the past month and a half. Investor confidence in Bitcoin was sapped not only due to Tesla’s announcement but also after a series of cryptic tweets by the company’s chief Mr. Elon Musk and the Chinese government’s broad crackdown on mining operations.

Whether Bitcoin will rally to price levels witnessed in March is uncertain as upward movement is determined by regulatory and corporate support. Ironically, oversight is precisely the medium Bitcoin was created to avoid, and its early days saw transactions on the infamous dark web and the Silk Road embrace Bitcoin due to its anonymity.

A crash in 2017 saw chip designers NVIDIA Corporation and Advanced Micro Devices, Inc tussle with excessive graphics processing unit (GPU) inventory as Bitcoin miners sold their GPUs in the market since mining became unprofitable. The recent downward price movements are likely to have the two companies’ management on edge, especially as they struggle with global supply constraints after launching new products.