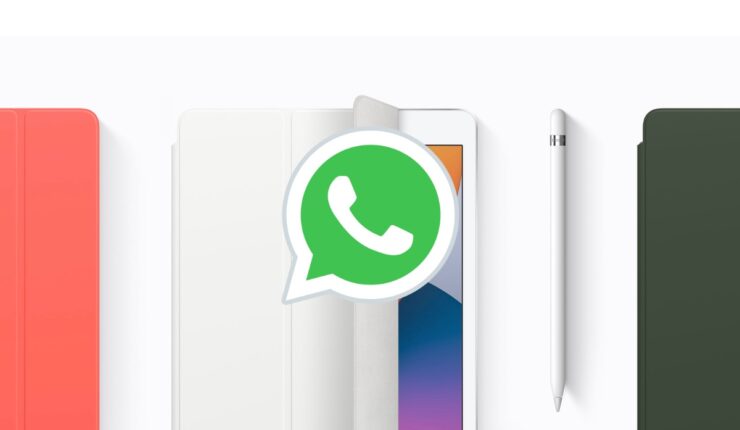 WhatsApp has made its plans clear about multi-device support, and the latest info suggests the iPad app is not too far away.

According to the super reliable source WABetaInfo, WhatsApp is indeed working on the iPad version of the app as the company is working on multi-device 2.0. What this means is, support for using the iPad as a ‘Linked Device’ has been added to the latest beta available to TestFlight users. In short, the WhatsApp for iPad app is on its way, but when exactly can we start using it? We don’t have a date yet.

NEWS: WhatsApp is finally working on multi-device 2.0, and you can use iPad as new linked device

Android tablets are also planned to support multi-device on WhatsApp for Android!

It’s under development and it will be released in a future update. Follow me to discover more

Apart from the iPad itself, WABetaInfo suggests that support for Android tablets will be added to the mix too. In total, you can link WhatsApp to a maximum of four devices. This includes one smartphone as well, obviously since that is required to initiate your WhatsApp account in the first place.

When the app update finally rolls out for iPad users, even if your smartphone is turned off, you can keep on sending and receiving texts as long as you have an active internet connection. This is a solid commitment made by Facebook and we can only hope that things roll out soon so we can finally keep our phones in our pockets so we can reply back or check message threads if our iPad is right in front of us.

WhatsApp has been gaining new and exciting features for a long time now, with one of them being able to send messages that will expire after 90 days. And it was only recently announced that users will be able to transfer their chat history between iOS and Android.

The post More Evidence of WhatsApp for iPad App Shows Up, Brace Yourselves for the Imminent Launch by Uzair Ghani appeared first on Wccftech.