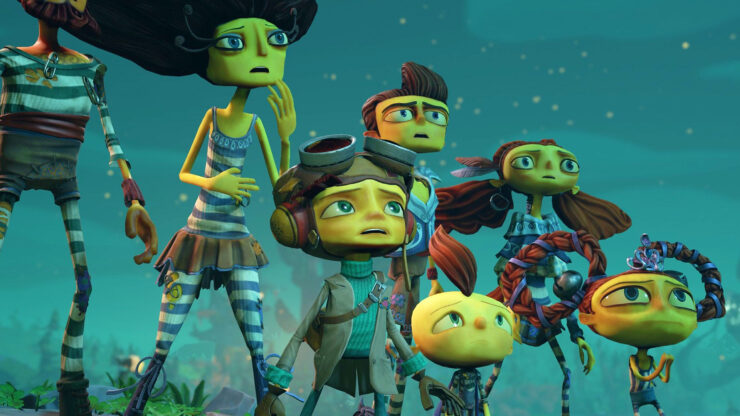 Psychonauts 2 is almost here (finally) and it seems the game is not only super fun, but a solid technical achievement as well. YouTube channel ElAnalistaDeBits has taken Psychonauts 2 for a spin on all consoles, and for the most part the news is good, although PS5 owners are in for a little more disappointment.

As we reported earlier, Psychonauts 2 will only be playable on PS5 via backward compatibility, with boosted 60fps performance being the only additional feature you can expect. Well, it seems Double Fine didn’t put much effort into optimizing loading from the PS5’s speedy SSD either, as starting up a level takes around 7 seconds on the Xbox Series X/S and nearly 20 seconds on PS5. At least it isn’t as bad Xbox One and PS4 – loading a level takes over a minute on last-gen systems. If you have around 25 minutes to spare, you can check out the full Psychonauts 2 analysis, below.

While we already got a lot of info about Psychonaut 2’s resolution and target performance on most systems, ElAnalistaDeBits provides a bit more info about the 120fps Performance Modes on Xbox Series X/S – on Series X the mode runs at 1440p and on Series S it’s 1080p. Speaking of performance, it’s good news pretty much across the board. Last gen systems run at a solid 30fps, next-gen systems maintain 60fps, and Xbox Series X/S stick the landing with their 120fps modes. The only time the framerate wobbles on last-gen systems and PS5 is when there’s some loading in the background, with the issue being more severe on XB1/PS4. Meanwhile, Xbox Series X/S don’t suffer from the same problem.

Regardless of where you end up playing, Psychonauts 2 is worth checking out, as Wccftech’s Rosh Kelly found the game to be an inspired romp in his full review…

Psychonauts 2 is a comedy game at its heart. It doesn’t take itself or the genre too seriously, which lets it do some incredible things. The platforming is top-notch, the story is witty, silly, and fascinating, and an adventure as bizarre as the name suggests. Since its release, there has been a cult surrounding the first Psychonauts, and it deserved that praise. The sequel builds on it, making it as fun as fans expected and as strange as newcomers hoped for. Psychonauts 2 delivers on an impossible promise with unfalteringly high quality and inspirational weirdness throughout.

The post Psychonauts 2 Loads More Than Twice as Fast on Xbox Series X than the Back-Compat-Only PS5 by Nathan Birch appeared first on Wccftech.