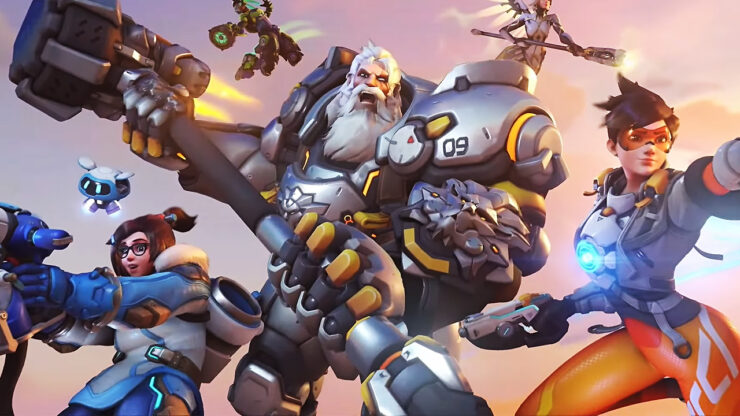 I’ve seen a lot of speculation regarding a 2022 start date for OWL. We can confirm that our plan is to begin next season in April 2022. We will share more details about 2022 roster construction timelines soon and more info generally on our 2022 season as we get closer to April.

A major esports league playing on a game that hasn’t even been officially released yet may be a first. You could argue it could be good promotion for Overwatch 2, but it doesn’t help the perception that things are in a state of disarray at Blizzard. Hopefully, it’s a sign that the full release of Overwatch 2 isn’t too far away (the latest rumor is that it will drop in Q2 2022).

Overwatch 2 will share its multiplayer content with the original Overwatch, with both games moving over to a 5v5 format, rather than 6v6 (get more details here). Obviously, that’s a pretty big shakeup, so it will be interesting to see how the pros react to it.

The Overwatch League, like the rest of Blizzard, has been in a state of turmoil behind-the-scenes since  California’s Department of Fair Employment and Housing (DFEH) has filed suit against Activision Blizzard, alleging gender-based discrimination and sexual harassment at the publisher. Activision Blizzard’s official response to the suit accuses the DFEH of “distorted […] and false” descriptions and insists the picture painted is “is not the Blizzard workplace of today.” An open letter objecting to the official response was signed by thousands of current and former Acti-Blizz employees, leading to a worker walkout. Acti-Blizz CEO Bobby Kotick would eventually apologize for the company’s initial response, calling it “tone deaf.” Several high-ranking Blizzard employees, including former president J. Allen Brack and Diablo IV and World of Warcraft team leaders have resigned or been fired, with their names being stripped for certain characters.

Overwatch 2 is currently without a release date and platforms have not been announced.

The post Overwatch 2 Early Build to be Used for Upcoming Overwatch League 2022 Season by Nathan Birch appeared first on Wccftech.