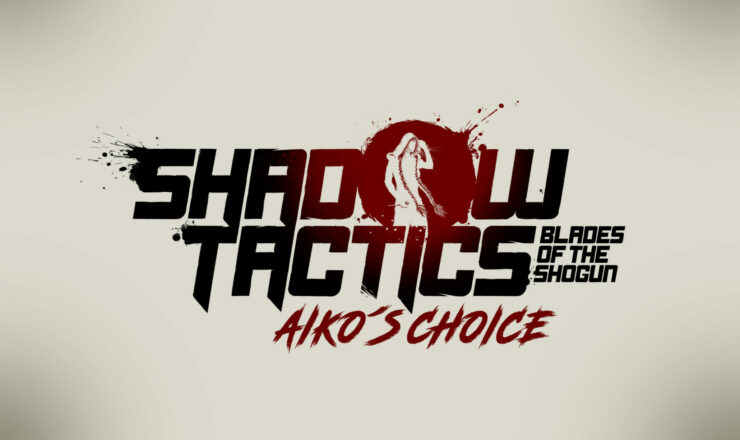 Two months ago, I previewed Shadow Tactics: Blades of the Shogun – Aiko’s Choice. Honestly, there’s not much more I can say about Aiko’s Choice that I didn’t write in the preview or my review of the original game five years ago. Shadow Tactics is a masterclass in real-time tactics gameplay that rivals almost any game in the strategy genre, never mind that subgenre. Still, here we are, with an expansion to a game that put developers Mimimi Games on the map for me.

As for why you’re getting the review now, well, it’s Sunday, so it’s when I like to give some coverage to a game I wasn’t able to review at the time of release, and it’s Christmas (yesterday); so merry Christmas! Anyway, the game.

As a small standalone expansion to Shadow Tactics, Aiko’s Choice looks to carry on the greatness and take you back to a place you likely haven’t visited in a while, and it does it admirably. Even better is that if somebody who hasn’t played Shadow Tactics feels like playing this expansion, this makes an effort to bring them in – even if it’s likely to remind people of what happened five years ago.

So what exactly does Shadow Tactics: Blades of the Shogun – Aiko’s Choice bring? First, let’s talk price. It costs £16.99, roughly half the price of the base title. For that, you get six levels. There are three larger, full-fledged areas, three smaller and more focused areas (interludes), which occur roughly three-quarters through the original game. Consequently, it throws you into the deep end. As a standalone, it does offer a sort of introduction, but even this presumes you have played the original.

Think of the usual learning curve you get in a game, up until the point where you have all features and all enemies, and place that in just two levels. That’s what Aiko’s Choice gives brings here as it wants to get you into the thick of things as soon as possible. That “as soon as possible” is the second level – the first is one of the interludes – and it never lets up from there. So it’s going to be a challenge to get into if you haven’t played the original or if you haven’t played a similar real-time tactics game.

Of course, having played the original, you’ll understand more of what’s going on. You’ll know the five core characters, all of which return here, and you’ll understand more of the setting. The story itself is self-contained, even if it doesn’t exactly do much to bring you in, introduce you to or even reintroduce you to the characters. Even the core story of this interlude isn’t as engaging, though it has its positives.

That’s by the by because adding it to the original as a whole project does fit in well and gives more attention to the characters. It’s the calm before the storm. However, I can’t exactly give points in its favour for that simply because this is a standalone expansion. Also, five years after the original, Mimimi could have done more. I admit that it doesn’t matter in the most, simply because you tend to come to a game like Shadow Tactics: Blades of the Shogun – Aiko’s Choice for the gameplay, not the characters. Granted, if you know and like the characters, you will find a hell of a lot to like here.

The gameplay is fantastic. I’ve already told you it’s difficult due to how quickly it ramps up, but that doesn’t change the brilliant core gameplay. Much of what I said in the original applies here, so I won’t repeat it. I’ll say that next to nothing has changed. The five characters return, and you need to balance their abilities to get through each stage, with tactical planning being essential due to excellent level design.

What makes it excellent is that there are always multiple ways of clearing out a stage, but the game will also force you into some specifics. For example, the heavily armoured Mugen and old-aged Takuma can’t swim, perform high jumps, or walk on ropes. Some areas are simply inaccessible to them. However, Mugen is the only one capable of taking out samurai in a fight, and Takuma has a clear advantage in range. Intelligence, planning, and use of shadow mode are always essential.

If you don’t know or remember, Shadow mode allows you to plan multiple moves and then have them all happen simultaneously. It’s ideal for taking out several enemies, ensuring nobody gets alerted. In addition to Shadow mode, you have the indispensable quick-save and quick-load, something the game still loves to inform you of unless you alter the settings. Honestly, I like the reminder because the art of Shadow Tactics – and Aiko’s Choice – is trial and error. Granted, sometimes your decisions have longer-reaching effects that even quick-loading can’t help, as characters patterns change as their allies disappear.

There’s not much else to talk about because this is the same game, but more of it. Shadow Tactics: Blades of the Shogun – Aiko’s Choice looks fantastic and makes the most of its excellent design and art by giving you a few more detailed and varied environments. Even the smaller areas have their bonuses, Mimimi having never compromised on detail, sound, or any aspect of this expansion.

For the most part, that’s all you can really ask. It’s more than long enough, with the long stages taking hours across their multiple parts, and shorter ones helping to round it off. It looks great and plays great, with the only issue being that it feels like it should be intrinsically tied to the original. Essentially, a direct DLC, rather than standalone. That would offer a reason for its unwillingness to open up to newcomers and offer real introductions or explanations.

Either way, I still recommend Shadow Tactics: Blades of the Shogun – Aiko’s Choice because it’s still a good number of extra hours of one of the best real-time tactics games you can play.

Review code provided by the publisher.