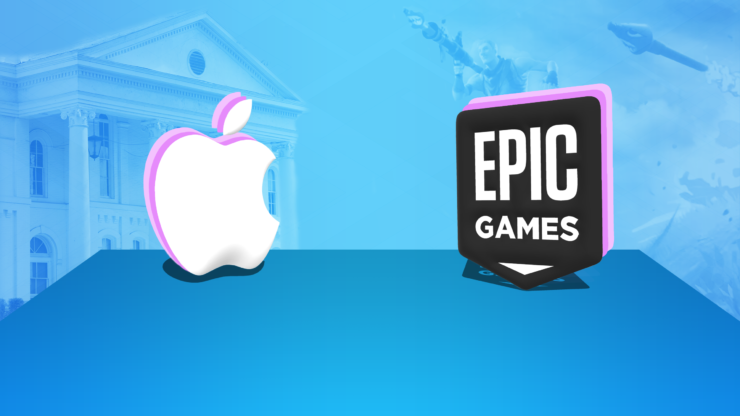 The Epic Games v. Apple lawsuits that took up a big part of 2021 are experiencing more developments, despite both companies essentially losing big throughout the escapade. However, before we get to today’s update, let’s give a brief recollection of what’s happened thus far.

Back in the middle of 2020, Epic CEO Tim Sweeney had been repeatedly discussing how the Apple App Store had been taking a 30% cut of profits from games and purchases sold on the storefront, which is pretty normal, all things considered. Epic had decided to then offer options to compensate them directly, which led to Apple promptly removing Fortnite from iOS.

A big lawsuit occurred and both companies lost big last year as a split decision was reached, and U.S. District Judge Yvonne Gonzalez Rogers ruled Friday that Epic failed to prove that Apple is a monopolist and, as such, it now owes Apple revenue commissions as back payment. The judge also ruled that Apple cannot keep developers from directing customers to alternative payment methods outside its App Store, citing California competition laws.

Fast forward to earlier this week and there’s been yet another new development for the lawsuit. However, Epic is the one making a move now, now arguing that Judge Yvonne Gonzalez Rogers “erred” her ruling that the App Store and its guidelines do not violate antitrust laws. This could possibly be done as a way to minimize losses from the first lawsuit, and an excerpt can be seen below:

“Epic told the Ninth Circuit Court of Appeals that a lower-court judge “erred” in finding that App Store rules and restrictions didn’t violate antitrust law. Epic had shown that “Apple unlawfully maintains its monopolies in the iOS app distribution and in-app payment solutions markets by expressly excluding all competitors,” the game maker said in its filing. Moreover, Apple has “ample economic power to coerce developers” into using its own payment system, Epic said.

Epic asked the court to overrule the ruling and send the case back to U.S. District Judge Yvonne Gonzalez Rogers in Oakland, California, with instructions on how to address issues raised in its antitrust suit. “If not reversed, this decision would upend established principles of antitrust law and, as the district court itself recognized, undermine sound antitrust policy,” the game maker said in its filing.”

If you’re curious, you can view more of the document here, and we’ll update you when more information on the lawsuit is released.