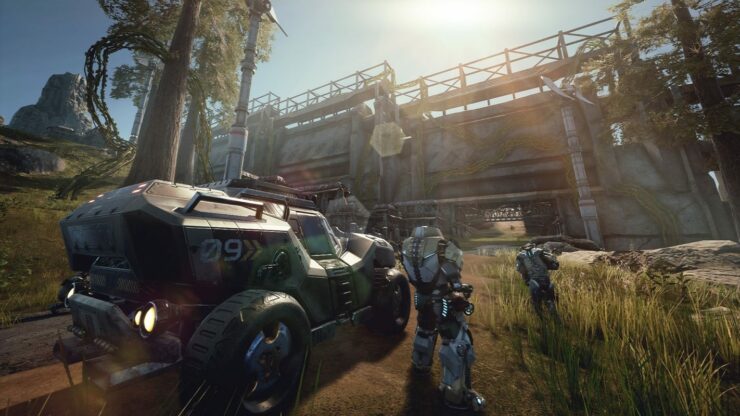 Online game betas happen relatively often and allow players to try games out before they release, similar to demos, but in a much more closed space. Games like Overwatch 2 are experiencing this right now, actually, and have been in the general public for about a week or so now. Open betas bring us to Dysterra, our subject for today.

Developer Reality MagiQ and publisher Kakao Games have announced that starting today (May 4th, 2022), players will be able to access the game’s Global Beta and try the game themselves. Previously, we covered this game a few months ago.

Dysterra, for the record, is a large-scale sci-fi survival game that pits players against each other to survive in a desolate version of our world. The game has the usual features that survival games bring to the table: looting, crafting, building, and playing the game as a team. If team play or fighting other players aren’t your things, you can also play the game in PvE or single-player modes.

The trailer for the beta can be seen below:

As for the game’s beta times, Reality MagiQ has some info on that topic. Dysterra’s open beta will run from May 4th, 2022, and finish on May 17th, 2022. Accessing the beta is very easy, as well. All you have to do to access it is to find the game’s Steam page, and underneath the “Add to Wishlist” button, you can hit the “Request Access” button to get in and play it.

One thing to note when playing this game’s beta is that the game’s resource requirements are slightly lower for some structures to accommodate the game’s beta period. Supposedly, from previous tests, the main goal is that players “will find more hit satisfaction, an upgraded UI, and greater development of motion-capture animations.”

Dysterra’s release date is currently TBA. However, we know it will be released on PC via Steam.