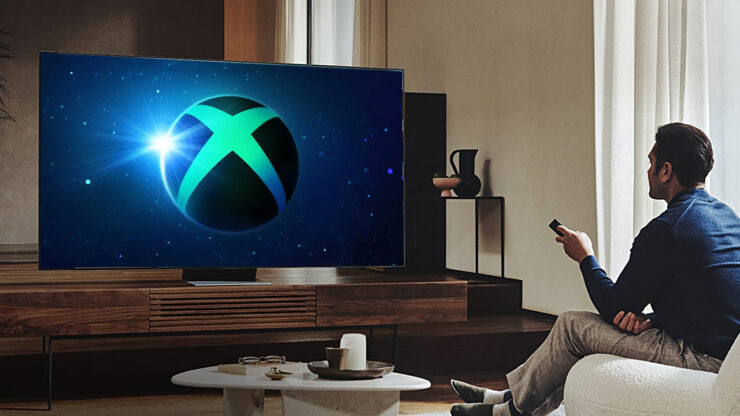 Yesterday Microsoft officially unveiled their Xbox Everywhere initiative, which aims to get people playing Xbox Cloud Gaming on as many devices as possible. Part of that plan is to decouple Xbox Cloud Gaming from Xbox Game Pass and allow people to play their own library of games for free (with Fortnite being the first test case), but rumors also emerged Microsoft is cooking up a streaming box and apps to make accessing their cloud services easier.

Well, VentureBeat insider Jeff Grubb has now shared more details about Microsoft’s plans. The most intriguing new tidbit is that the Xbox team is working directly with Samsung to develop an Xbox streaming app for their TVs. Going with Samsung makes sense, as they’re the world’s largest TV manufacturer, and it would allow Microsoft to stick it to Sony, who’s obviously also a big player in the TV industry. Grubb also backs up previous rumors that Microsoft is working on a streaming device, which will likely be a puck similar to some early Roku devices. The device will let you stream both games and video.

Of course, take these details with a grain of salt for now, but everything seems to indicate Microsoft is fully gung-ho when it comes to cloud gaming. As I said before, Xbox becoming primarily a cloud-based platform makes sense given the ongoing issue with chip and hardware shortages. Here’s Microsoft’s stated mission statement for the Xbox Everywhere initiative…

It’s our mission at Xbox to bring the joy and community to gaming by putting players at the center of everything we do. We want to empower everyone around the world to play the games they want, with the people they want, on the devices they already own. We call this Xbox Everywhere.

As we look to make gaming more accessible to even more people, and reach the three billion players globally, we’ve invested heavily in the cloud – both for players so they can play the way they want, and for creators so they engage new, larger audiences and build, run and manage their games using best-in-class cloud tools and services.

According to Grubb, the Xbox streaming box and Samsung app will be launching sometime within the next 12 months. What do you think? Are you ready Microsoft’s next big cloud-powered step?