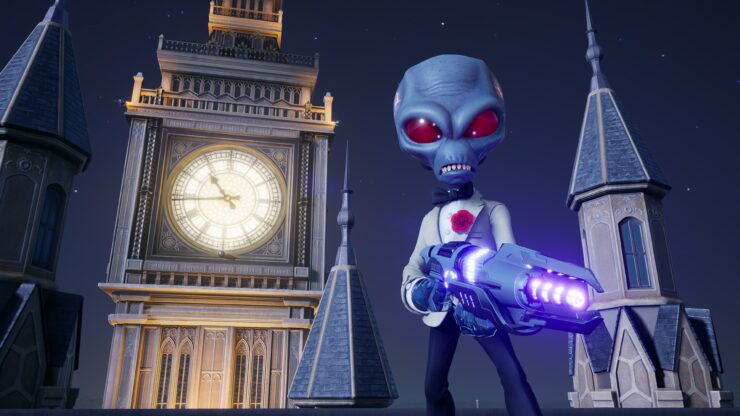 The Summer Game Fest celebration continues with tons of news, previews, and discussions. This time, we’re going to focus on a particular gift that THQ Nordic gave the gaming community as a new demo for Destroy All Humans 2 was made available. This new demo will be available exclusively on Steam as part of the Summer Game Fest.

Recently, I had the chance to preview Destroy All Humans 2 Reprobed and I had a decent experience overall. Here’s a snippet from the preview piece:

Destroy All Humans 2 looks nice graphically. It’s just as nice looking as the first game. Everything looks pretty, and the models are detailed, the usual compliments I can make. […] The best way to summarize is if you enjoyed the first game, you’ll find a lot of the new stuff great. If you didn’t really enjoy it, there won’t be much fun to be had here. 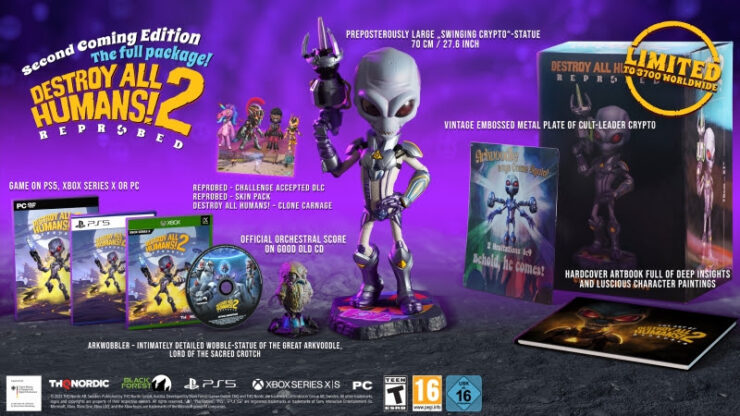 Pre-Orders for the game are also now live. Particularly, the game’s Collector’s set that is aptly named “Second Coming Edition”. This edition of the game includes all digital content as in the Dressed to Skill Edition and comes with a gigantic, 27,6 inch / 70 cm high Crypto-figurine, an “Arkwobbler” which is of course a wobble-statue of the great Arkvoodle, a vintage metal plate, an artbook, the orchestral score on CD and the game for your favorite platform.

The post Destroy All Humans 2 Reprobed Gets New Demo on Steam by Ule Lopez appeared first on Wccftech.