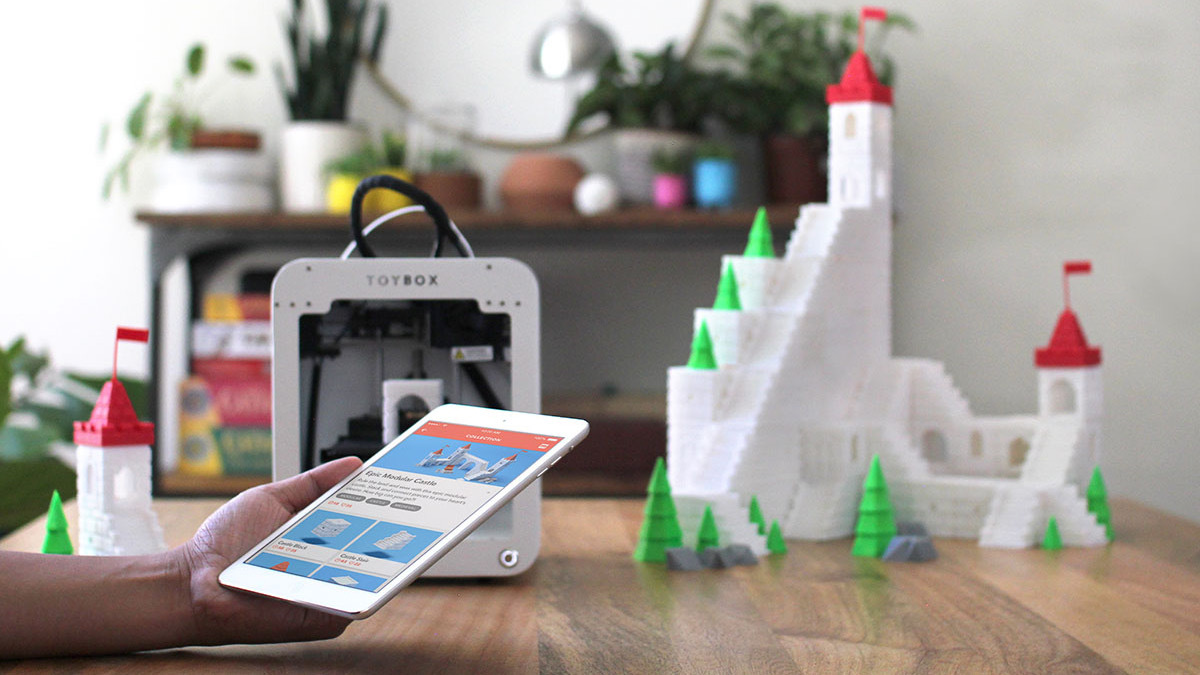 You probably had some cool toys growing up. But you never had a machine that let you design your own toys from scratch and print them out in minutes. The ToyBox 3D Printer is basically the coolest toy you never owned (because it simply did not exist yet).

If you have kids or you’re a kid at heart, this cool gadget lets users 5 years and older design and print pretty much any kind of toy or trinket they can dream up. You might’ve seen it on Shark Tank, where the founders pitched the product and secured a deal from Kevin O’Leary. But before that appearance, it actually received initial funding on Indiegogo from over 600 backers. In other words, there’s lots of interest in this gadget — and it’s not hard to see why.

The 3D printer uses one-touch functions to make printing as easy as possible for kiddos. Once you get the companion app downloaded, you can scroll through the massive catalog of print-ready designs. There’s toys based on DC Comics, Cartoon Network, Looney Tunes, Hanna-Barbera, Friends, Seinfeld, and classic movies like Elf and Polar Express. You can even edit them to your liking before you print. If you have your mind set on a specific idea, you can also select a blank canvas to design whatever you want.

See it in action:

Along with the printer itself, you’ll receive eight colors of the non-toxic, biodegradable printer food, which should be enough to make between 100 and 300 toys. In other words, it’s basically the last toy you’ll ever have to buy — at least for a while. And you can even have some fun with it, too. 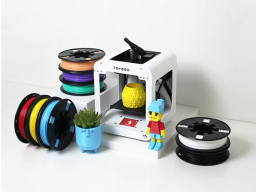