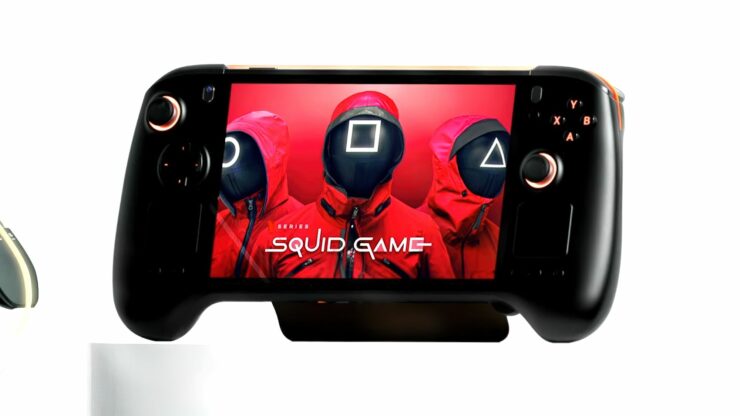 Arthur Zhang, CEO of AYANEO, announced today the successor to the AYANEO NEXT handheld gaming system, dubbed the NEXT II, which will incorporate the use of either the Intel or AMD versions of their discrete graphics cards. Readers may remember that the AYANEO NEXT system was released earlier this year in February.

The new AYANEO NEXT II will be the first time the company will utilize a non-integrated GPU in their designs by adding a discrete graphics card, allowing users to choose either Intel or AMD. The Intel variant will use the Intel Alder Lake processor and Arc dGPU, while the AMD variant will utilize the Ryzen 6000 CPU and Radeon 6000 series dGPU.

Unfortunately, the precise SKUs used in the AYANEO NEXT II handheld system are unknown. However, the biggest takeaway from the new console is that this will be the first time a handheld gaming console will feature the Intel Arc Alchemist discrete GPU. Website VideoCardz speculates that due to the size and current design, it will be the ACM-G11 GPU and possibly offer up to 8 Xe-Cores. 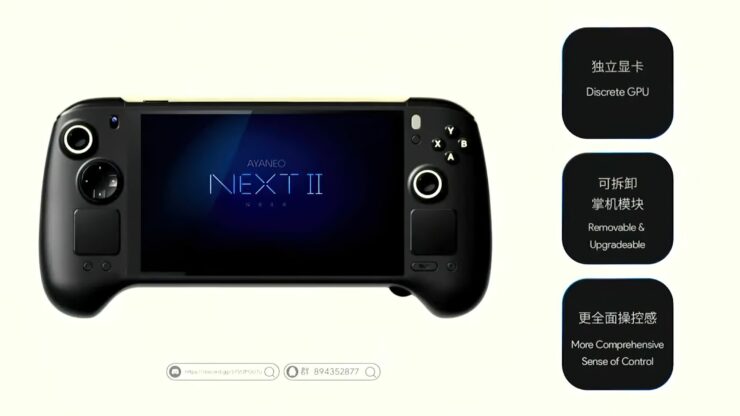 Physically, the AYANEO console continues to change with each new system from the company. AYANEO 2, compared to the AYANEO 2 Geek edition, has changed dramatically. This new system will be more extensive, with an expected size close to Valve’s popular Steam Deck system. In the video below, the new AYANEO NEXT II design will use thumb-based trackpads on each side, which is absent on many other handheld platforms, like the Nintendo Switch, Onexplayer, and Onexplayer MINI consoles, and the recently announced AOKZOE A1 handheld.

Is it possible that this new system from AYANEO will be more compatible with Steam Deck games?

Right now, AYANEO offers seven new consoles this year and will deliver more affordable handheld products to remain competitive with Nintendo, Valve, and other companies. The company has a system in the $300 price range, and AMD versions offering the AMD Ryzen 6000U CPU series utilizing RDNA 2 graphics architecture and a $650 to $1000 range of pricing.

There is speculation that the new AYANEO NEXT II handheld will surpass the $1000 price range compared to their other systems. The estimated release date, pricing, and further specifications are not revealed yet by the company, but we should possibly receive more information towards the holiday season.

The post AYANEO NEXT 2 Goes All Out! Next-Gen Handheld Console To Come In Both Intel Arc & AMD Radeon 6000 GPU Flavors by Jason R. Wilson appeared first on Wccftech.