EXO‘s Xiumin revealed he joined SM Entertainment because of TVXQ on ‘Life Bar‘.

On the March 15th installment of ‘Life Bar’, TVXQ’s Changmin, Xiumin, and NCT‘s Mark featured as guests. The EXO member shared, “Changmin hyung is my favorite hyung. I joined SM Entertainment because of TVXQ. When I saw the TVXQ sunbaes, I froze up.”

Changmin expressed, “I’m really happy that the global EXO likes us, but he’s only just saying that. When I make him food, he says, ‘Mine isn’t cooked all the way,’ and he says everything he wants to say.”

Did you know Xiumin and TVXQ were so close? 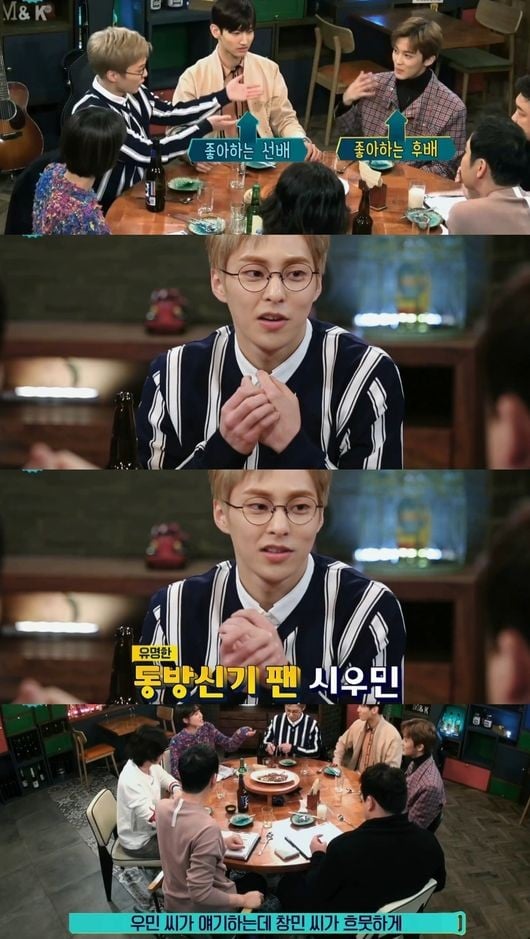