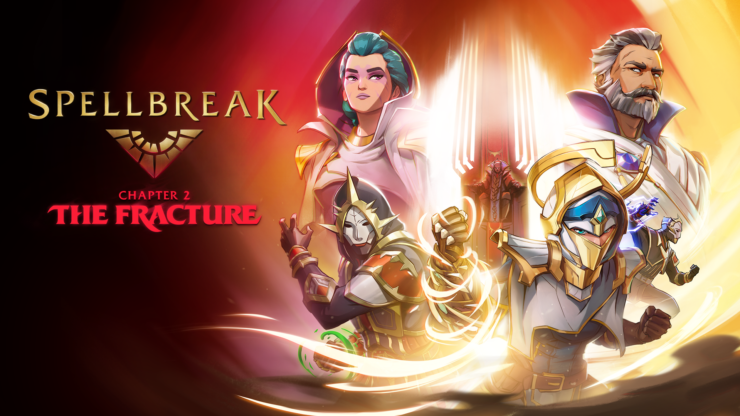 Spellbreak exploded onto the Battle Royale scene last September, delivering a fresh look and feel to the oversaturated market. Late last year, that started their first Chapter, the games equivalent to the Fortnite’s – and every other games’ – Seasons. Chapter 1 was experimental, focusing on characters and storytelling as much as it was on gameplay. Spellbreak Chapter 2 begins on April 8th and looks to continue the innovation.

The biggest change that comes with the new season is the new game mode, Dominion, which will replace Clash. Dominion pits two teams of five against each other for control over three objective points that they have to hold to win points. Unlike the standard Battle Royale game, Dominion has respawns and a much smaller map that allows for frantic duels and battles without having to load in and out each time something goes wrong. 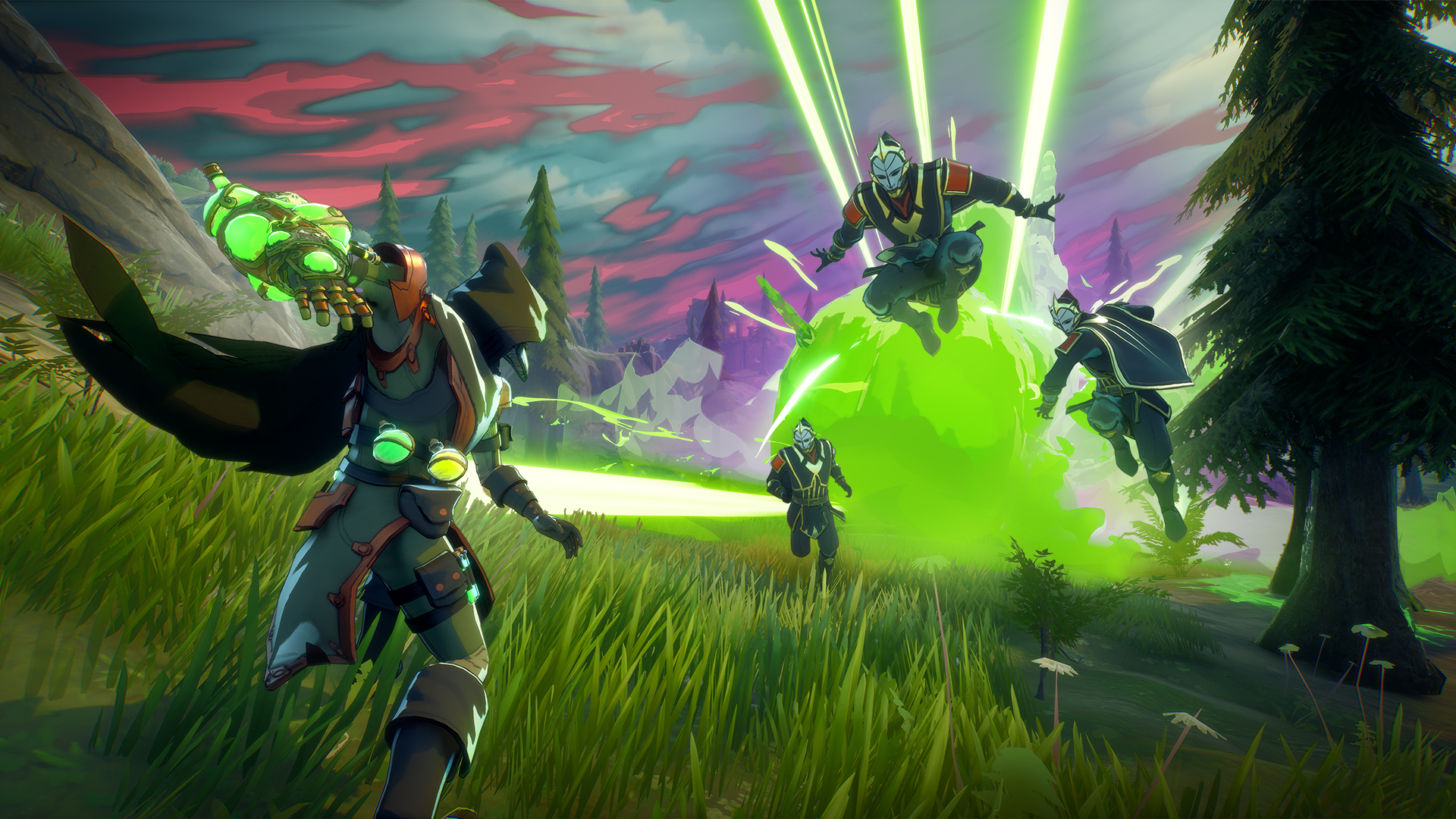 Players will also have a chance to speak to the merchant when they aren’t on the field. He’ll offer an assortment of random upgrades to their equipment in exchange for gems earned through scoring points in the game. Dominion also removes the standard equipment from players: the boots, belt, and amulet, which are much desired in the other game modes. Instead, you’ll be relying on the merchant who can offer similar buffs to your speed, armor, and mana, using rerolls to try your luck again if he doesn’t have what you want.

Dominion also includes NPC mobs that dot small maps with groups of weak enemies that keep players on their toes even when they’re alone. More importantly, they also drop scrolls and potions that hold over between spawns and can change the course of vital clutch fights. These NPCs are just found in Dominion, though. They will also be making an appearance in the Battle Royale mode, with several triggers on the map to spawn their ambushes.

I had the chance to play a few games of Dominion with the developers, and it was an absolute delight. Spellbreaks combat has always been exciting and frenetic, broken up by long stretches of silence and loading screens. Dominion gives you the chance to jump into the action and stay it once you’re there. It also gives a chance for people unfamiliar with the vertical, fast-paced combat to experiment with the system and the gauntlets without enduring long loading screens.

The 5v5 also means you’ll never be completely overwhelmed by the action like in the soon-to-be-replaced Clash, but can still coordinate with a large force and feel like you are part of the action and not just a wildly misfiring spectator. The scoring systems perfectly balance the objective focus and the exhilarating combat. You’ll earn points for each of the three zones your team controls over time, but you’ll also earn points for each exile scored as well. All of that might seem typical, but the exile score tracks with the zones controlled, so the more your team is dominating the objectives, the more points the exiles are earning them to. This encourages players to play the objective and has them playing more aggressively as well.

And that isn’t the only thing that Spellbreak Chapter 2 has to offer as well. The developers have promised a series of balances, buffs, and nerfs to each of the gauntlets, as well as all new and changed talents designed to balance and promote experimental new game styles as well. There are plenty of quality of life updates, but what players, new and old, will probably notice the most are the new cosmetics. 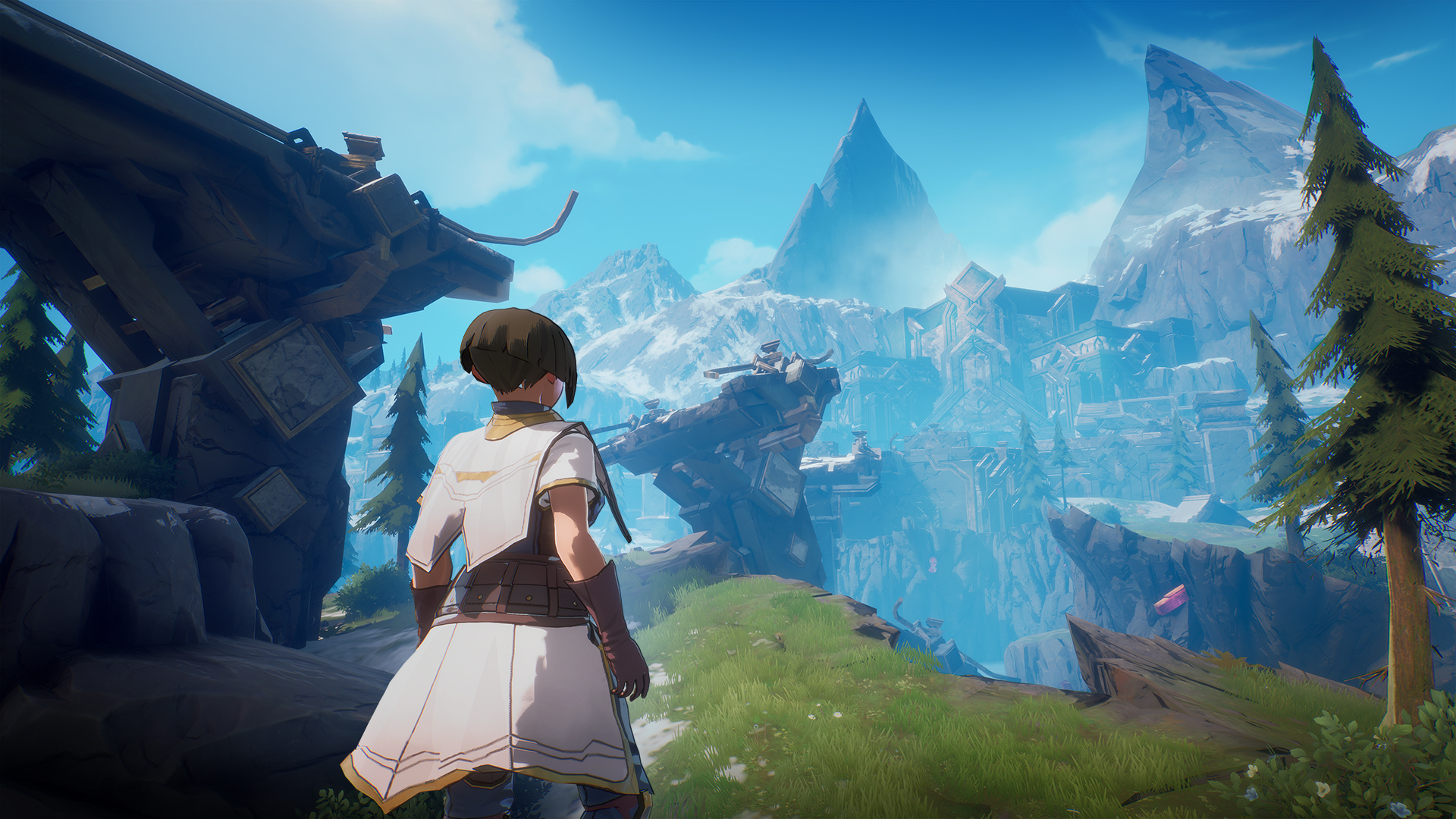 Like with any seasonal content, there are many new costumes and accessories to buy and unlock as you play through Spellbreak, but some of the costumes evolve as well. After unlocking some costumes, you will be invited to complete certain quests that improve the costumes tier, changing their look in the process. This means you’ll be able to show off your fiery pirate costume as it becomes more piratical and more, well, fiery too. It also means you’ll be playing more Spellbreak too. The costumes in question each have a notable elemental flavor to them, and the quests will relate to those gauntlets, so you don’t have to worry about improving your skills with the air powers to upgrade your earth costume.

Chapter Two also includes more stories, more characters, the new Leagues system, and delving deeper into the lore of Spellbreak. The studio recently released their anime-inspired trailer for the new Chapter that highlights several characters and the involving storyline. The experimental first season was incredibly popular with the players, according to the developers, and they are looking forward to offering them more.

The Leagues system is Spellbreak’s answer to competitive play and will allow players to compete for position much as you’ve seen in Overwatch and so many other games. While the early ranks allow you to steadily increase your standing with no risk, you’ll have to be careful once you reach Gold because at that point your position can start to go up as well as down.

Dominion is the headline for Spellbreak Chapter 2, though, and will undoubtedly be popular with those who are already fans of the game. More than that, the shorter scale and more action-packed matches might entice some new players to the game as well. It’s the perfect introduction to the game’s expanding story and varied, entertaining, and surprisingly robust combat.

The post Spellbreak Chapter 2 Preview – New Game Modes and Cosmetics for Everyone by Rosh Kelly appeared first on Wccftech.