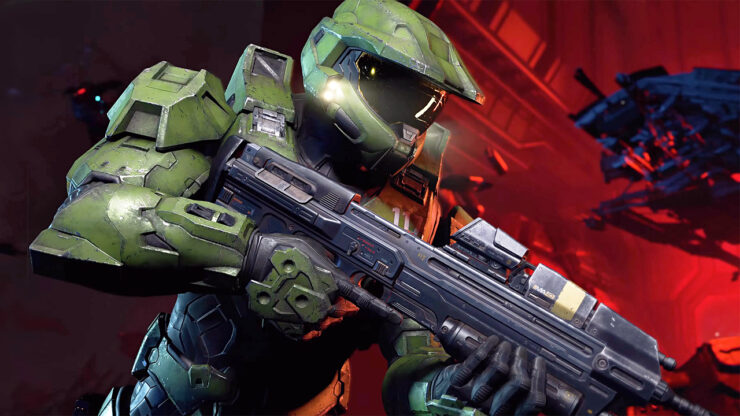 Last week at E3, Microsoft provided a fresh look at Halo Infinite, but it held back on something rather important – a release date. While the company says Halo Infinite is coming this holiday season, a specific day has yet to be locked down. Of course, given this game’s history, many fans pessimistically assumed the lack of a hard Halo Infinite date meant Microsoft still wasn’t confident about its progress and the game’s launch may slip yet again.

Well, during a recent appearance on the Dropped Frames podcast, Xbox head honcho Phil Spencer made clear they actually have a fairly narrow launch window in mind for Halo Infinite…

You heard Joseph [Staten] say […] this holiday. For us, we know our range in the… three four week range, but we don’t have the exact day yet. There’s some other things, with some other game timing that we’re trying to look at. We’ll have better clarity over the summer, but this isn’t a months things. This is just down to a few weeks.

Instead of picking this date and having to move it by a week, which at this point would feel like a fail. We don’t want to do that. Let’s wait until we’re really solid on what the date is, but the team’s very committed to holiday. We feel good about that and the way that Pierre and Joseph are running the team, I feel good about the confidence we have in both quality and getting the game done.

So, Phil doesn’t come right out and say it, but it seems like the lack of a Halo Infinite release date has more to do with Microsoft wanting to get out of the way of another big game release than with them being unsure whether the game will be done. And at this point, the only big holiday AAA game that has yet to lay down a release date is…Call of Duty. If I had to guess, I’d say that’s the conflict they’re avoiding.

The post Halo Infinite Launch Window Narrowed to 3-4 Weeks, Timing of Other Games Being Considered by Nathan Birch appeared first on Wccftech.