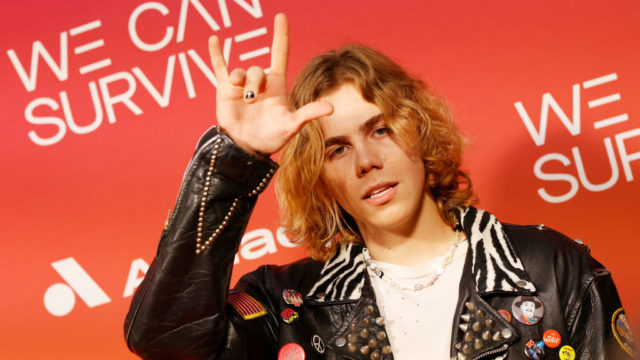 Music legends AC/DC and singer and rapper The Kid Laroi are among the Australian acts nominated for the upcoming 64th Grammy Awards.

This is the eighth nomination for the iconic Aussie band, having won the awards for best hard rock performance in 2010 with War Machine.

The Kid Laroi, an 18-year-old global sensation whose infectious hit Stay has captivated sound waves and TikTok creators this year, is up for the prestigious best new artist award.

Laroi is from Sydney. His real name is Charlton Kenneth Jeffrey Howard, and his stage name is inspired by his Kamilaroi people.

Laroi moved to Los Angeles aged just 14 to start his music career. He has already collaborated with some of the world’s biggest music stars, including Justin Bieber and Miley Cyrus.

He is yet to publicly comment on the Grammy news. Laroi wiped his Instagram feed clean last week and issued a statement saying he was going “take some time away from everything”, including the internet, to focus on his debut album.

Down in Victoria, band Hiatus Kaiyote was nominated for best progressive R&B album with Mood Valiant.

Nick Cave and Warren Ellis are also nominated, and will contest the best recording package category for their album Carnage.

In other Grammys developments, American rapper Jay-Z made history, becoming the most nominated artist of all time. He was nominated twice in the category of best rap song, featuring on both DMX’s Bath Salts and Kanye West’s Jail.

The Grammys will be handed out at a ceremony in Los Angeles on January 31.