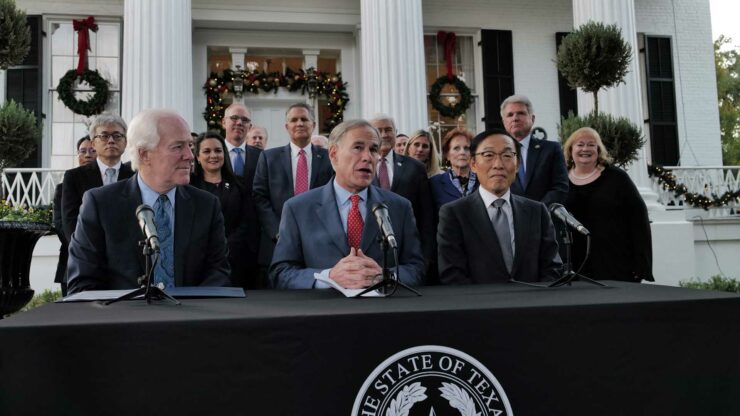 After multiple reports and of course, surveying various locations in the U.S., Samsung has officially announced that Taylor, Texas, is the location of the Korean giant’s $17 billion advanced chip manufacturing facility. The company states that the new hub will boost production of various semiconductor solutions that will be found in next-generation solutions, including smartphones.

“As we add a new facility in Taylor, Samsung is laying the groundwork for another important chapter in our future. With greater manufacturing capacity, we will be able to better serve the needs of our customers and contribute to the stability of the global semiconductor supply chain. We are also proud to be bringing more jobs and supporting the training and talent development for local communities, as Samsung celebrates 25 years of semiconductor manufacturing in the U.S.”

The facility itself will span more than 5 million square meters and is expected to serve as a high-profile location for semiconductor manufacturing in addition to the chip plant located in Pyeongtaek, South Korea. Though Apple continues to use TSMC’s technology since various reports claim that the Taiwanese manufacturer offers technologically superior nodes compared to Samsung, a chip hub in the U.S. could reduce the time it takes for companies like Apple and Qualcomm to receive shipments, which could be a crucial factor given that the chip shortage is expected to last for a couple of years.

If Samsung was able to reduce the gap with TSMC as far as advanced wafer manufacturing goes, perhaps several of TSMC’s lucrative clients may head over to Samsung’s side. Qualcomm is already reported to have given Samsung 4nm chip orders for its upcoming Snapdragon 8 Gen1, and Google could also secure future partnerships with the chipmaker and receive timely shipments from this facility for upgraded Tensor chipsets.

The tech giant is reported to have started development work on the second-generation Tensor for the Pixel 7 series, and it will not be surprising to hear that Samsung has been given all those orders. Samsung’s $17 billion Texas chip plant is expected to create over 2000 high-tech jobs and offer employments to thousand others once operation starts. Do you think this is the first step for the company to catch up to its rival TSMC, or is Samsung destined to trail behind? Tell us down in the comments.