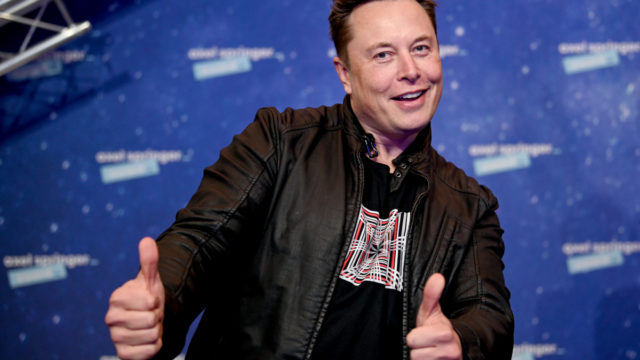 The 10 richest people on the planet boosted their collective worth in 2021 by a staggering $550 billion (Aust).

The biggest winner was Elon Musk, who started the year with a net worth of $214.7 billion dollars and will end it with around $381.3 billion dollars, according to the Bloomberg Billionaires Index. The Tesla founder said he’s planning to pay more than $11 billion in taxes.

Musk’s $167 billion gain was more than enough to make him head-and-shoulders the richest person alive.

He has been spending part of that fortune on his rocket ventures. SpaceX, the private rocket company he founded in 2002 which has already launched more than 1,600 satellites, including a recent launch on December 18.

His closest competitor and fellow rocket-building billionaire, Jeff Bezos, will enter 2022 worth $261.5 billion. That’s a ‘mere’ $6.1-billion gain since this time last year.

The 57-year-old, who stepped down from his CEO role at Amazon in July, now spends most of his free time vacationing with girlfriend Lauren Sanchez. The couple were spotted on a yacht in St. Barts over Christmas.

Facebook founder Mark Zuckerberg added nearly $34.4 billion to his fortune in 2020. He’s worth $176.1 billion, according to Bloomberg.

Zuckerberg, who changed the name of Facebook’s holding company to Meta this year, has had a turbulent year, which saw whistleblower Frances Haugen accusing him of putting “profits before people,” and  Hawaiians angered after he added 110 acres to his controversial 1,500-acre estate in Kauai.

Microsoft founder Bill Gates began the new year worth $191.3 billion dollars, roughly $9.6 billion more than his wealth at start of 2021. His former wife, Melinda French Gates, who ended their 27-year marriage in August, reportedly has a net worth of $15.7 billion.

Google co-founder Larry Page cracked the 12-digit club in 2021 by adding $64.6 billion to the $114.2 billion he had in his coffers 12 months earlier. Fellow Google co-founder Sergey Brin also enjoyed that distinction by lifting his worth by $172 billion, thanks to a 2021 gain of $61.9 billion.

French luxury goods peddler Bernard Arnault also saw his fortune leap to $242.2 billion dollars after hauling in more than $84 billion. He’s the only billionaire outside the US to have cracked Bloomberg’s 2021 top 10 list in terms of total wealth.

The 11th-wealthiest person on the list, also from France, is heriress Francoise Bettencourt Meyers, who’s valued at nearly $129.3 billion and ranks as the world’s richest woman.

The post The rich grew richer 2021, but Elon Musk’s $167b windfall puts fellow billionaires’ gains to shame appeared first on The New Daily.