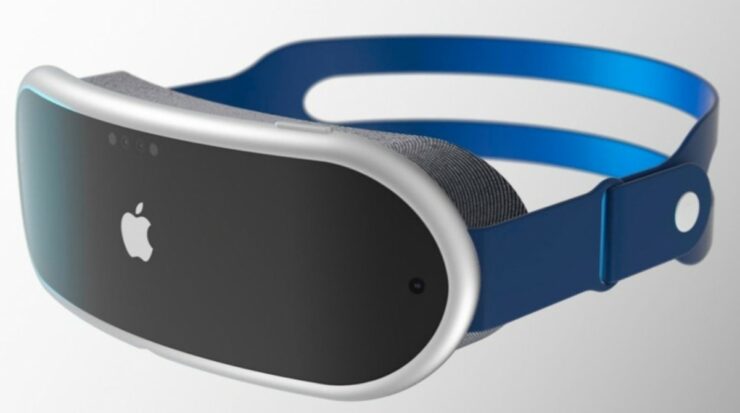 As Apple gears up to introduce a new product category, there are bound to be successive rumors surrounding those devices. One report talks about the company’s second-generation AR headset, claiming that the head-mounted wearable could have a display with up to a 4000PPI (pixel per inch) density.

Apple Reportedly Required a 3000PPI Sample, With Testing Appeared to Have Been Successful

In a previous report, we discussed how LG was expected to mass produce micro-OLED panels for the second-generation AR headset. Now, according to Patently Apple, the same South Korean manufacturer would be using the ultra-high-resolution fine metal mask (FMM) from AP Systems. Back in 2021, Apple reportedly requested FMM samples from AP Systems for use in its mixed reality headset.

The resolution of the headset’s display was 3000PPI, with the end goal for Apple was wanting to bring it to mass production. It should be noted that the same AP Systems was appointed by the Ministry of Trade, Industry, and Energy to develop micro-OLED technology for high-resolution AR displays. These panels would also exude high brightness levels and would be used in a variety of applications.

AP Systems was appointed to develop panels for the national project with a 4000PPI resolution by 2024. That is the same year Apple is rumored to launch its pair of AR glasses and second-generation AR headset, but it is not confirmed if both product releases will actually happen. AP Systems is in the midst of deploying a new plant in Cheonan, South Korea, with the planned objective to make an FMM that can allow for 3000PPI panels.

Unfortunately, this task sounds anything but easy. To achieve this, AP Systems will have to acquire new laser equipment, getting rid of the old wet etching process. LG, too, has used AP Systems’ FMM in the past, so it cannot be a coincidence that both these firms are somehow involved with Apple’s second-generation AR headset in some capacity. Hopefully, we will continue to hear more about developing stories about this product, so stay tuned for more updates.

The post Apple’s Second-Generation AR Headset Could Have a Display With up to a 4000PPI by Omar Sohail appeared first on Wccftech.