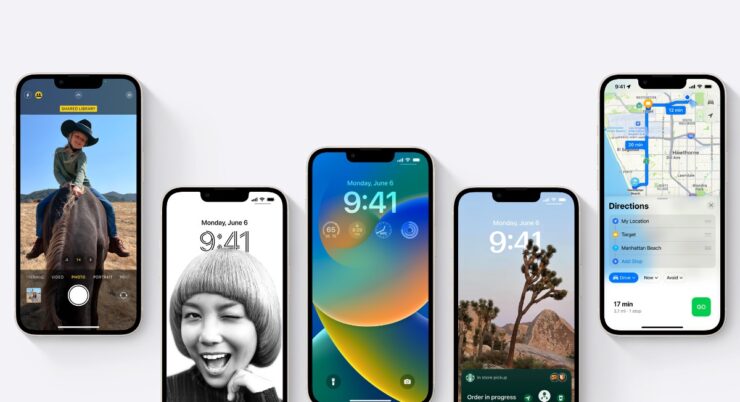 Apple saw fit to release iOS 16 beta 3 yesterday with a boatload of forward-facing additions. If you are a developer, you can download the latest beta build from the Apple Developer Center. The final version of the software will arrive later this year, potentially alongside the new iPhone 14 series. iOS 16 beta 3 is packed with a plethora of new features and if you are unfamiliar, we have compiled everything in one place. Scroll down to read more details on what is new.

iOS 16 is a significant update considering the number of changes it has in store for users. However, the update’s highlight is the new customizable Lock Screen with widgets. If you want to check out the new features, we have compiled them in a list.

iOS 16 and watchOS 9 are bringing a new option to view the AFib History, aiming to track how long and how often a person is in the atrial fibrillation state.

The Earth Wallpaper will no longer overlap the widgets as it did previously. This will allow you to clearly see the information.

The new Lockdown Mode in iOS 16 beta 3 is an optional security feature designed to protect users against targeted cyberattacks from state-sponsored spyware attacks.

Some users are seeing a clownfish wallpaper on iOS 16 beta 3. It was showcased on stage when Steve Jobs first announced the original iPhone but never made it out officially. It is not confirmed if the final iOS 16 build will have it.

In an attempt to enhance privacy, the Calendar widget no longer offers details on upcoming events when the device is locked. The widget will blur out information and only reveal details when the iPhone is unlocked.

Reminders now include a new “Include Due Today” option in Settings. It will include due today and overdue items in the badge count.

iOS 16 beta 3 brings support for iCloud Shared Photo Library, allowing easier access for you to share photos with your friends and family.

If you tap on the iOS version number in Settings > About > iOS Version, the interface has now been changed. It is now plain with no pop-up card.

With iOS 16 beta 6, there are now 12 fonts for time for customizing your Lock Screen. You can now choose a thinner version of the Serif font as well.

The iPad will now show a new splash screen for the Stage Manager for relevant tutorials and walkthroughs. There is also an updated multitasking menu that comes with improved labeling.

You can now add virtual cards for shopping using the Safari browser. This is similar to how Apple Card works but for third-party services.

These are all the new features present in iOS 16 beta 3. If you are a developer, let us know in the comments below if you have discovered anything new. This is all there is to it, folks. Share your thoughts with us in the comments.