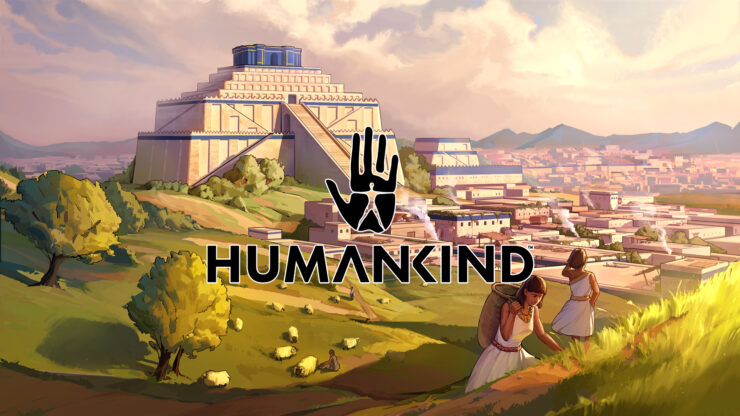 For the previous two weeks, SEGA and Amplitude have allowed a number of people to access two very specific scenarios that have been specially made for these OpenDev sessions. The third and final session is currently active and due to finish on Monday the 17th of August. These three custom-made scenarios are designed to introduce players to different aspects of Humankind, how they’ll work and if they’ll be good. Consequently, the aim simple: get feedback from the players.

I’ve had the chance to play the three OpenDev scenarios, learning about the parts of Humankind they introduce. As I’ve been playing them separately, I’m going to write about them separately, in the order that they were released. Fortunately, I’ve had a little extra time to delve as deep as I can. 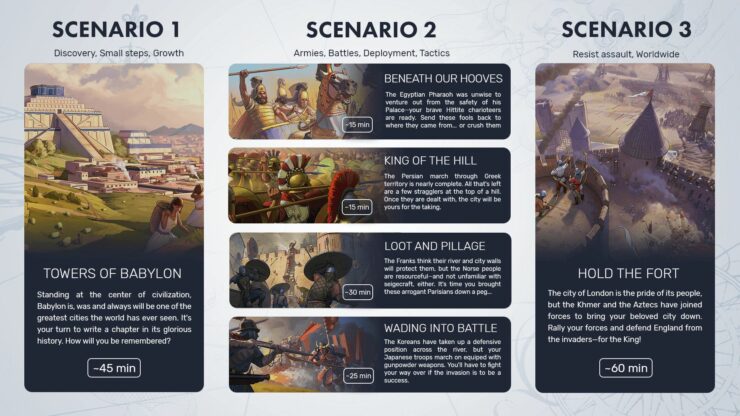 Scenario 1, Towers of Babylon. This is a simple one, it quite literally places you on an island and gives you the first thirty turns of being the Babylonian empire, letting you explore just how you start with your first city, and maybe more, as well as the exploration and what that brings with it. I’ve done everything I can think to do, repeating the scenario multiple times, letting me see the city development in a little more detail, see how the region system works and explore the beauty and functionality of the terrain.

Let’s talk terrain and exploration. As you start a new world there are many ‘curiosities’ around. Think of these like the huts in Civilization, only they’re not huts. So far I’ve only found animal remains and old hoards, giving me either a boost in the science level of whatever I’m researching at that point or a boost of gold. You can also find sanctuaries, essentially the homes and spawning point of animals that you can ransack for a nice boost of gold. However, that means no more deer or woolly mammoths roaming the land and they look lovely.

Speaking of looking lovely. I adore the map, the design, the verticality – I adore every little square inch of grass in what is already a stunningly beautiful game. Using colour to highlight the different terrain types, the height and depth of that particular piece of land, water and more. What’#s most impressive is how height is represented, with actual ramps moving up to higher levels or down into canyons, to the shore, and more.

This height map is already of great importance for city building, which is interesting in how it works. You have both district-like areas, which use a space, as well as other infrastructure buildings that don’t use tile space at all. These districts also enhance the resources on their tile and those around them, meaning placement will be key. What I like about this is, thanks to the region system, you aren’t fixed in building to a specific shape as in Civilization. It will be interesting to see the creations you can make, particularly if cities can spread – of sorts – into other regions.

I don’t understand the victory conditions of combat in Humankind. At least not at the moment, if only because the game is giving me the objective to capture the enemies flag but when I do and end the turn, I don’t win the battle. This is the first thing I’ve taken away from the second session of OpenDev. The second thing is that I was right about the terrain and that, despite the objective bug, I’m loving what I’m seeing.

What this hands-on has shown me is that, as I’ve already thought, terrain holds so much more important than I’ve ever seen in a 4X game. At least how it’s represented and the facets of that hold extreme value. In one scenario you’re essentially taught that no matter how strong your units are, a terrain disadvantage – particularly a big one – will cripple you. Not only are you weaker when defending and attacking in a melee battle, but you’re also going to find it impossible to reach some of the ranged units to the back of the battlefield if the cliffs are too steep. This isn’t like other games where a unit stationed on a mountain just has a big defence boost – if you don’t have a ramp, you just get to look at the enemy and cry while they piddle all over your heads.

What I do like about the combat system here in Humankind, very much what I liked in Endless Legend, is how it takes place on the world map. The area where the battle takes place is clearly indicated which means you can see what the terrain is like and the reinforcements available to you and your enemy. It’s a great system that is only enhanced when you take into account population centres with city walls having an impact, the third of these mini-scenarios having you siege a city and see how the best way will always be through a multi-pronged attacked supported by siege weapons that turn the city walls into rubble.

OpenDev Scenario 3 – Until We Meet Again

Then you find yourself defending city walls, or sallying out, under the constant threat of a Khmer and Aztec invasion. This is the final scenario and it’s designed to highlight more of the combat, which I’ve already spoken about quite extensively. The difference, of course, being that here I’m on the defensive, further amplifying the need for high ground, for strategic placement of my units and also the strategic placement of buildings, it shows that you can build strongholds as part of your city, which also act as unit spawn locations.

These, alongside city walls, are particularly useful against enemies that haven’t come equipped with trebuchets and other siege weaponry, just crashing against my walls like the Uruk-Hai against the walls of Helms Deep. That reminds me, I want to play Battle for Middle Earth 1 & 2 again. Now, your fortifications may not be the most useful when you start pushing forward or when you notice that the enemy units include elephant riders.

This is what I think the third scenario is all about, showing you the width and breadth of what’s available to you in Humankind, even at this very early stage. The units and structures are all equally varied and equally useful, this is more than a game of rock, paper, scissors, like in most strategy games. This is Strategema (Yes, I am watching Star Trek all over again, I’m glad you noticed). This is multi-faceted, complicated and requires a level of thinking about your structure, units, terrain type and height. I wouldn’t be surprised if it eventually included the cycle of the moon.

All things considered, these OpenDev scenarios are showing that Humankind has to offer in terms of the start and even in some likely middle-stage battles, and that is a lot. I’m more than looking forward to seeing other aspects of the game, particularly the civilization development, but for now I’m certainly encouraged by how the game looks and how it acts in battle.

The post Humankind Preview – Hands On with OpenDev by Chris Wray appeared first on Wccftech.