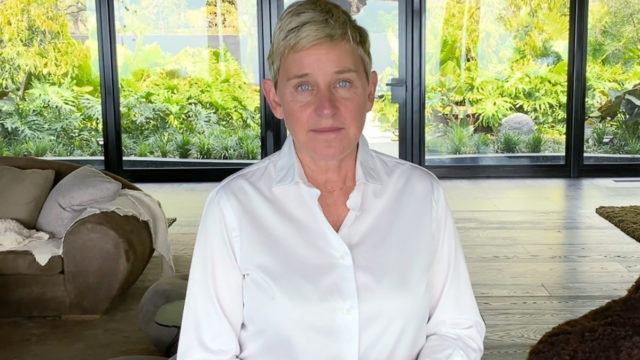 The Ellen DeGeneres Show has overhauled its senior production team following accusations of racial insensitivity, sexual misconduct and other problems in the work environment at the long-running daytime talk show.

Ellen veterans Mary Connelly, Andy Lassner and Derek Westervelt will remain at the show as executive producers alongside host DeGeneres. Connelly, Lassner and Westervelt have been with the show since its inception in 2003.

A Warner Bros spokeswoman confirmed Glavin, Leman and Norman had “parted ways” with the show.

The news was delivered to Ellen staffers Monday afternoon during a staff meeting in which DeGeneres spoke via a videoconference call.

DeGeneres was emotional and apologetic as she addressed more than 200 staffers.

According to multiple sources, DeGeneres told the staff she was “not perfect” and realised that in the effort for the show to run as a “well-oiled machine”, sometimes leaders were not as sensitive to “human beings” as they should have been.

She said reading disturbing allegations about the atmosphere on the show was “heartbreaking”.

At the same time, during the meeting Connelly and Lassner addressed the results of the studio’s internal investigation that was sparked by the flurry of reports.

After interviewing more than 100 people connected to the show, the probe found there was no evidence of “systemic” racism on the show although there was an acknowledgement that more needed to be done in terms of diversity and inclusion.

Warner Bros declined to comment on the specifics of the investigation.

The departures had been expected ever since Glavin, Leman and Norman were cited in a July 30 story published by Buzzfeed about allegations of misconduct, harassment and questionable behaviour on the set of the show.