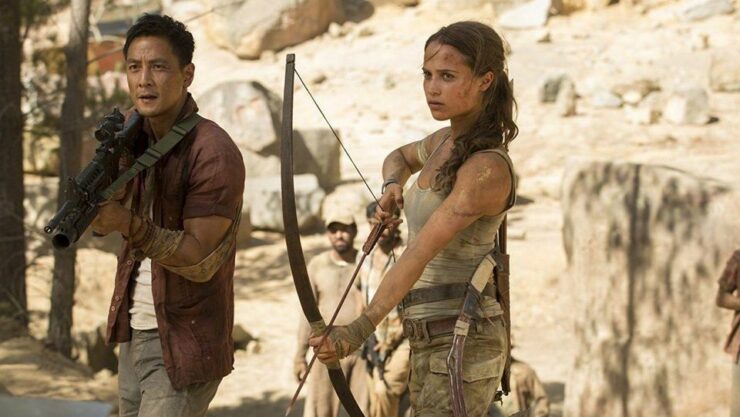 Last time we talked about Tomb Raider, the IP was among several that were sold by Square Enix to Embracer Group (and frankly, that got out while it was ahead). Anyways, a Tomb Raider movie was released four years ago, in 2018, and supposedly, a follow-up film was in the works. That being said, plans for that have fallen through.

Metro-Goldwyn-Mayer (better known as MGM), in the event they wanted to make a sequel, would have had to commit to the project by May 2022 to keep the license. Given that the 2018 iteration reportedly failed to break even ($274 million worldwide wasn’t enough), MGM wasn’t in any particular rush, it seemed.

Even more alarming for this new Tomb Raider movie is that Alicia Vikander (the voice of Lara Croft in this case) won’t even be attached to the new project. Given how the 2018 film was, at best, “serviceable” and nothing more, it’s probably a better choice for a follow-up film that gets shelved for the time being.

But it gets worse. Movie rights for the Tomb Raider series appear to be in a bidding war, as Embracer Group has gone on record saying that plans for the series include “remakes, remasters, spinoffs as well as transmedia projects.” That last note is important here, as it could include TV shows, movies (of course), and other content outside of games.

Outside of the acquisition by Embracer Group a couple of months ago, Tomb Raider had been relatively quiet in the gaming world since Shadow of the Tomb Raider’s release. Crystal Dynamics, developers of that title and the critically-panned Marvel’s Avengers, had announced an Unreal 5 project would be happening for Tomb Raider (before it was acquired). Given Embracer’s plans for the franchise, it could very well still be happening, but we don’t know yet.

We’ll continue to update as this story develops.