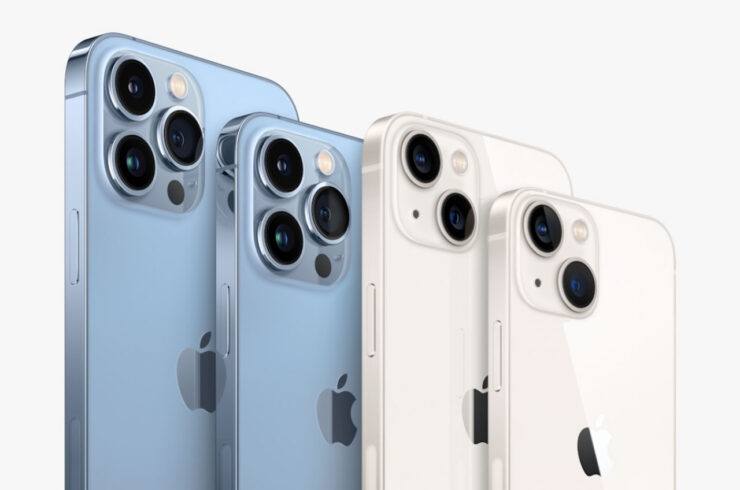 If there was one positive outcome materializing from this chip shortage, which could last several years, it is helping keep the iPhone 13 its value compared to the models that arrived before it. According to the latest report, Apple’s latest premium iPhone family has the slowest depreciation rate of any model released by the company.

The latest findings published on SellCell highlight that after the first two months, the iPhone 13 series has seen its value depreciate by 25.5 percent of its MSRP across all four models. While that figure may appear on the high side, it is actually the lowest depreciation percentage of an iPhone model released so far. In fact, the iPhone 13 series lost 50 percent less value than the iPhone 12, and if you take a look at the charts below, its value has actually recovered post-launch.

So why is this happening? SellCell believes that a scarcity of components will always lead to higher demand, and with this demand, trade-in prices remain high. The report states that demand does not appear to dwindle just yet, with Apple’s CEO Tim Cook earlier stating during the company’s previous earnings call it is working round the clock to ensure that supply meets demand. Unfortunately, the company lost $6 billion in revenue due to the component shortages, so while the iPhone 13 has been able to retain its value, it is not without a cost.

The new research also reveals that the iPhone 13 depreciated 19.1 percent less than the iPhone 11 in the first two months. If this chip shortage persists, it is likely that the iPhone 14 lineup will depreciate at the same pace as the iPhone 13, unless Apple is able to bring about a change in its supply chain, which is unlikely at this time.

“Could this slow depreciation trend continue for future iPhone releases? Well, possibly not. Unless the component crisis continues into 2022/2023, it is more than likely that Apple will have enough handsets to ensure supply meets demand, once the iPhone 14 comes around. With this in mind, it is unlikely we’ll see this slow rate of depreciation again. We can’t say that for sure, but the chip shortage and global health crisis are unique circumstances that (we all hope) we will never see again.” 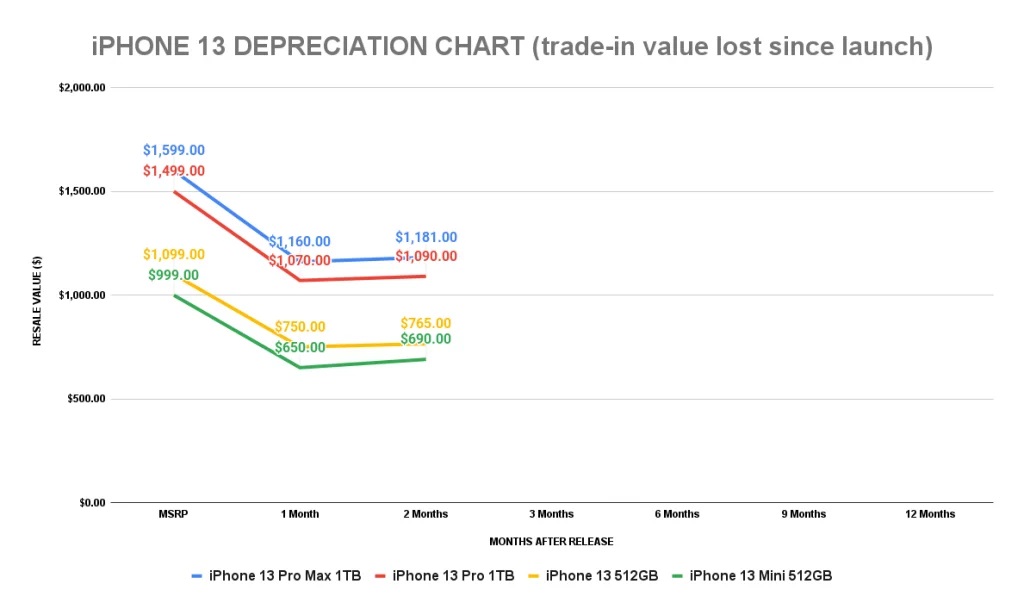 You can check out SellCell’s entire report by clicking on the link below and share your thoughts down in the comments.

The post The Chip Shortage Has Some Positive Effect on the iPhone 13 – It Is Holding Its Value Better Than Previous Models by Omar Sohail appeared first on Wccftech.